In the 10 years between Royal Dutch Shell’s first purchase of a drilling rig destined for the Arctic and the company’s decision to close its Arctic oil and gas exploration program on Monday, it has sunk more than $7 billion into the program. A series of setbacks ranging from permit troubles to legal challenges to equipment failures to improper recordkeeping has littered its route along the way. The oil giant has also faced increasing pressure from environmental activists, local communities and business partners concerned about the associated climate impacts.

Ultimately, it was a combination of meager oil and gas reserves, regulatory uncertainty and high costs that blighted Shell’s Arctic ambitions. The company needed “a multi-billion barrel discovery” to “justify going ahead,” Shell chief executive Ben van Beurden said in an investor call last January. Instead, the Berger J well yielded reserves “not sufficient to warrant further exploration,” according to a company statement.

There were many highlights and lowlights of Shell’s tumultuous Arctic program, shown in the timeline below. 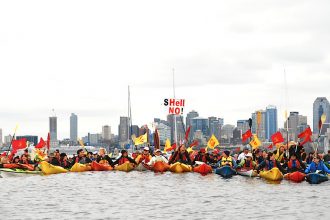 No Match for the Arctic, Shell Abandons Drilling 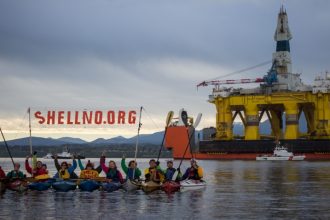