The Gulf Coast faces an evolving public health crisis in the wake of Hurricane Harvey that’s likely to unfold over months or even years. Health officials are concerned about everything from immediate injuries and exposure to germs and toxic chemicals to more insidious and long-term threats, including mold in the walls of flooded homes and mental health problems.

Many of those public health concerns match what experts have been warning we’ll see more of as climate change brings more severe weather.

When storms hit, they can tip the vulnerable over the edge of danger. A New York Times interactive of requests for help from Houston-area residents offers a snapshot of the wide range of problems that can arise in the midst of a storm, from “on last oxygen tank,” to “no food and babies have no milk,” to simply “neck deep in water.

“You have to worry about immediate effects like drowning, you have chemical exposures from the refineries around Houston, as well as chemicals from households,” said Peter Hotez, dean of the National School of Tropical Medicine at Baylor College. “You also have to worry about infectious diseases.”

Chris Van Deusen, a spokesperson for the Texas Department of State Health Services, said it’s too soon to know if bacterial diseases are spreading in the floodwater. But in the aftermath of Hurricane Katrina, the Centers for Disease Control and Prevention reported clusters of Staphylococcus aureus and Vibrio vulnificus—two skin infections—as well as diarrheal diseases and vomiting among evacuees.

The next concern, Van Deusen said, comes as people collect in shelters. “Shelter operations are going to be going on for an extended period of time,” he said. “Anytime you have that many people in close proximity, you’re at risk for communicable disease.”

Porfirio Villarreal, a spokesman for the Houston Health Department, told the Times that the risks from the floodwaters themselves were obvious.

“There’s no need to test it,” he said. “It’s contaminated. There’s millions of contaminants.”

While that’s true of floodwaters from any storm in an urban area, the waters may prove to be particularly dangerous in Southeast Texas, a center of the nation’s oil refining and petrochemical infrastructure.

Early Thursday morning, Harris County officials reported two explosions at a chemical facility full of organic peroxides. The company had warned that explosions could be imminent, and county officials had already ordered the evacuation of people within 1.5 miles. The smoke can cause respiratory and skin irritation, as well as dizziness and nausea. Arkema Inc. said in a statement that “the best course of action is to let the fire burn itself out.”

As the storm approached, energy companies began shutting refineries to protect their operations—emitting toxic gases in the process. Facilities have reported releasing more than 2 million pounds of hazardous chemicals into the air since the shutdowns began last week, according to an analysis of state regulatory filings by the Environmental Defense Fund. That equals nearly 40 percent of all the releases from the facilities in 2016.

“On a good day, there’s already a high risk of cancer,” said Luke Metzger, director of Environment Texas, an advocacy group based in Austin. “This amount of pollution in such a short time just makes that risk even higher.”

In one of the largest releases, the Chevron Phillips Chemical Cedar Bayou plant estimated that it emitted 28,505 pounds of benzene, a carcinogen, as part of its total release of more than 750,000 pounds of hazardous chemicals.

Importantly, these figures are just estimates. State officials shut down air monitors in the area ahead of the storm to protect them, so it’s impossible to know what exactly nearby residents were exposed to. But people reported smelling foul chemical odors.

Facilities are continuing to release more pollutants even as the storm has moved out of the region. On Wednesday, Kinder Morgan’s Pasadena Terminal reported that the roof of a tank holding gasoline had been partially submerged. The company estimated that more than 12,000 pounds of hazardous chemicals were released.

Elena Craft, a scientist with the Environmental Defense Fund, said the incidents revealed poor planning on the part of the region’s petrochemical infrastructure and the need to rebuild to a higher standard for larger storms. “The reality is these are happening more regularly and they’re larger in magnitude,” she said. “We can’t keep doing our disaster management using the same information we have been for years.”

Harris County also has at least a dozen federal Superfund sites that may be leaking, and scores of other industrial facilities.

Then there’s the threat of failing sewage systems contaminating not only floodwaters, but drinking water too.

As of Thursday afternoon, the Texas Commission on Environmental Quality was reporting:

Risks Extend Inside the Home

Power outages can lead to the spread of foodborne illness and heat stress as people go without air conditioning and refrigeration. As of Thursday morning, the U.S. Department of Energy reported 200,522 customer outages in Texas and 11,969 in Louisiana. One of the biggest dangers, according to public health officials, is carbon monoxide poisoning when people fire up generators or propane heaters in poorly ventilated areas.

In the aftermath of hurricanes Katrina and Sandy, mold spread through homes and other structures. Inhaling spores can cause both acute and chronic health problems, from toxic poisoning to allergies and asthma. In parts of storm-hit New York, residents continued to report mold problems four years after Sandy.

A national Climate and Health Assessment published last year by the U.S. Global Change Research Program said that climate change presents a “significant threat” to Americans’ health, with the effects already showing. One of the top concerns, the report said, is more frequent severe weather events, which it said killed more than 5,000 people from 2004-2013.

Already, the report said, “the intensity, frequency, and duration of North Atlantic hurricanes, as well as the frequency of the strongest hurricanes, have all increased since the 1980s.”

What About Mosquitos and Disease?

One emerging area of concern, where climate change may play an additional role, is the spread of mosquito-borne illnesses.

Scientists are continuing to study the impact of hurricanes on mosquito populations, but one study of areas hit by Katrina found that incidence of West Nile Virus initially dipped in the weeks after the storm, but then surged over the next year. “In the immediate aftermath of Katrina, it looks like the floodwaters washed away a lot of mosquito breeding sites,” Hotez said. But along the Gulf Coast, transmission can extend well into the fall, he said, and as floodwaters receded, the cases began to rise.

Since 2005, however, Texas has seen the introduction of several new diseases carried by mosquitos, including Dengue fever, Chikungunya virus and, most recently, Zika virus, though there’s no known active transmission in the area right now.

Hotez said that while scientists are still studying why these diseases are spreading northward, climate change is likely playing a role. With these diseases only recently emerging in the state, he said there’s no way to know how Harvey may affect their spread. “We learned a little from Katrina, but that was pre-Zika, pre-Chikungunya and even pre-Dengue,” he said. “It’s all bets off now.” 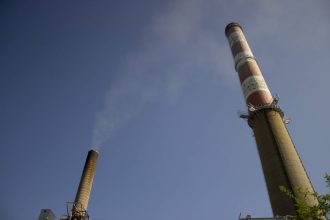 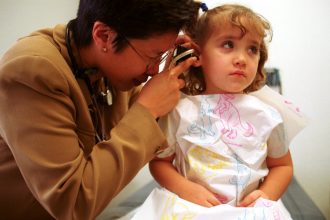