Oil giant ExxonMobil is seeking “unprecedented secrecy” by labeling nearly 900,000 pages of documents as confidential in a class action lawsuit over an oil pipeline rupture in Arkansas, an attorney said in a new court filing.

The attorney, Tom Thrash, said Exxon’s blanket assertion of confidentiality prevents affected property owners and the public from learning whether Exxon had properly maintained and repaired the 1940s-era Pegasus oil pipeline at the heart of the case, and it has forced him to file his arguments under seal.

The 858-mile Pegasus, which stretches from Patoka, Ill. to Nederland, Texas, was carrying Canadian diluted bitumen (dilbit) when it burst open in Mayflower, Ark. on March 29, 2013. An estimated 210,000 gallons of thick oil oozed into a neighborhood and waterway, sickening residents and forcing the evacuation of 22 homes. Exxon later bought most of the houses because the owners didn’t want to return.

Exxon has restarted a 210-mile segment of the pipeline in Texas. The remainder of the line—the oldest part—has been closed since the spill, and is undergoing further testing. Because of the pipeline’s failure, the company faces a $2.7 million proposed fine from pipeline regulators, a lawsuit by the federal government and state of Arkansas, and other legal actions.

The case brought by Thrash accuses Exxon of violating its easement agreement with landowners along the pipeline by not properly maintaining and repairing the line before it burst.  The lawsuit, which seeks to void the easements and have the pipeline removed or replaced, was brought by two Arkansas couples. But as a class action case, it could now include the owners of every piece of property the pipeline crosses.

On Oct. 27, Thrash asked an Arkansas federal court judge to allow filings to be made public and to order Exxon to justify “why any of the documents produced to date should be designated confidential.” Thrash said every page of the 870,000 pages provided so far by Exxon is stamped confidential.

Exxon spokesman Christian Flathman called that assertion “inaccurate,” but he would not say how much of the material was marked confidential. Flathman said the company’s legal response to the petition “will provide more details and background on our reasoning with respect to this particular issue.”

The Pegasus case has been shrouded in secrecy almost since the beginning, frustrating lawmakers, public officials, citizens groups, affected residents, journalists and others trying to understand the condition of the pipeline, its failure and repair history, and Exxon’s restart and emergency response plans.

Officials at Central Arkansas Water, which wants Exxon to remove the troubled pipeline from a key watershed tied to drinking water for 400,000 people, had to sign non-disclosure agreements so they could get enough information to more fully assess the risk.

In June, the Pipeline and Hazardous Material Safety Administration held an administrative hearing to consider Exxon’s objections to the agency’s proposed $2.7 million fine—but the public was not allowed to attend. Thus far, PHMSA has declined to make public any information from the hearing. The agency has not issued a final ruling on the Exxon Pegasus case, according to PHMSA spokesman Damon Hill.

PHMSA proposed the fine in a strongly worded notice sent to Exxon last December. In it, regulators said the oil company underestimated the vulnerability of the Pegasus by “selectively using” risk assessment results and relying on artificially lowered risk scores to sidestep the need for extra inspections or special spill prevention measures.

The notice also said Exxon should change its procedures to make sure risk scores “are not manipulated,” that integrity management systems “are not circumvented” and that “conflicting budget goals” don’t affect pipeline safety.

Exxon rejected all of PHMSA’s claims and requested the June hearing to challenge the agency’s conclusions. The company called the proposed fine “excessive.”

A metallurgical report following the spill concluded that a manufacturing defect set the stage for the pipeline to split apart in a 22-foot gash in Mayflower. The report was unable to determine what caused a 65-year-old pipe anomaly to awaken and then steadily grow without detection until the pipe’s lengthwise seam failed.

After months of additional testing and study, Exxon could not answer that question either.

Pipeline experts have said that the pipe in the northern segment of the Pegasus—1947-48 vintage pipe from Youngstown Sheet & Tube Co.—is widely known in the industry to be predisposed to have tiny cracks and other problems along its seams. But they stress that such defects typically remain dormant in pipelines that are properly maintained and operated.

The question of whether Exxon operated the line prudently with appropriate safeguards is at the core of both the PHMSA and class action cases. The records currently being kept secret  by Exxon, PHMSA and the courts include maintenance, inspection, testing, repair and other documents that would shed light on the pipeline’s condition and how well Exxon tended to it.

“Certainly the repair and maintenance of the pipeline is not a trade secret or proprietary information,” said Thrash, the class action attorney. “Yet we cannot [show] the documents to anyone other than our named clients, and the class members whose property this pipeline [crosses] aren’t entitled to see them.”

“It sounds highly unlikely there is any real reason for all, or even a majority, of those documents to be confidential,” Weimer said in an email. He added in an interview that Exxon’s assertion “really leaves me scratching my head—what’s in all those pages that they’re trying to hide?” 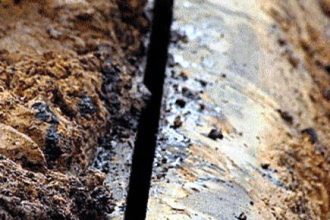 Safe Restart of Exxon's Burst Pipeline Is in Doubt 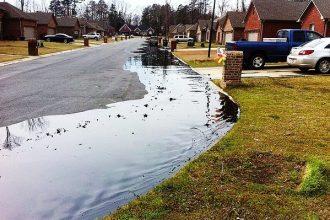 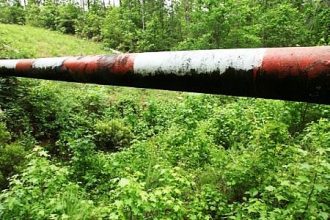