What’s the worst-case scenario for a warming climate? Until recently, scientists said it would involve a global temperature rise of almost 5 degrees Celsius by 2100, with deadly heat waves, extreme storms and droughts in a world without summer sea ice, glaciers or corals.

But in a commentary in the journal Nature, two climate experts have challenged this “bad as it gets” projection for the planet’s future, arguing that greenhouse gas emissions will not increase as much as scientists expected 10 years ago. The definition of the worst-case scenario should be revised to reflect that. The current emissions trajectory would lead to a temperature increase of about 3 degrees Celsius, instead of 5 degrees Celsius, the authors write, an increase that would still have dire consequences.

Their arguments have stirred a debate that’s been simmering on Twitter the last several months and has already been seized on by some people who want to downplay the effects of climate change. And critics, including climate Michael E. Mann of Pennsylvania State University, have called the commentary “misleading.”

The 5 degrees Celsius worst-case scenario was one of several possible outcomes of climate change—ranging from mildest to most dire—developed for use in the 2014 AR5 global climate assessment by the Intergovernmental Panel on Climate Change.

Called RCP8.5, for Representative Concentration Pathway, the highest risk projection was meant to give policy makers a glimpse of a “business as usual” world, with little or no climate mitigation. It was based on modeling that assumed that greenhouse gas emissions would continue spewing into the atmosphere at an increasing rate, with a 500 percent increase in coal burning by 2100.

But business as usual today is not what it was even a decade ago, the two experts said. Zeke Hausfather, a climate researcher at Berkeley Earth, a climate energy and policy think tank, and Glen Peters, an energy policy expert at the Oslo-based Center for International Climate Research, made their case as co-authors of the commentary, in the Jan. 29 issue of the journal,  calling for redefining the worst-case outlook.

Based on the best science available today, the authors said, the worst case climate outcome would more likely be a rise of about 3 degrees Celsius in average global temperature by 2100.  That increase is slightly less hellish than earlier projections, but would still spawn deadly heat waves, crop failures and extreme storms, and doom most of the world’s glaciers corals and glaciers. And the world will keep warming after 2100, Hausfather said.

Peters added, “Three degrees of warming is not a world we want. Sea level will rise so high that some coastal cities and islands will disappear. We will lose corals, Arctic sea ice. The climate extremes we’re already seeing will get worse.”

Peters said that the last 30 years of grab-bag climate policy have at least slowed the trend of rising global greenhouse gas emissions. It now seems highly unlikely that there will be a 500 percent increase in coal burning by the end of the century, a key assumption in the IPCC’s existing worst-case scenario.

But there are wild cards in play, including the global trend toward more nationalistic governments that might be less inclined to participate in the global emissions reduction process, Peters added.

And the climate system itself may respond in ways that we don’t fully understand or expect. Surging methane emissions from thawing permafrost, carbon dioxide emissions from bigger forest fires or changes to the process of cloud formation at some unknown temperature threshold could all boost warming. So even with lower global emissions projections, warming of more than 3 degrees Celsius by 2100 is not out of the question, Peters said.

Nevertheless, Hausfather said, it’s still important to use the most accurate terms possible for science, policy and communication with the public.

The IPCC worst-case scenario was intended to explore an “unlikely high-risk future,” he said, but in common usage it was simplified to a business-as-usual scenario by scientists, energy and policy experts. That message was amplified by the media, which ultimately led to a focus on the most extreme warning scenarios.

One reason to have a robust discussion on this topic now is to help shape the language of the next IPCC assessment, due out in 2022.

“It’s time to stop using the old worst-case scenario. It makes mitigation and adaptation seem harder than it really is,” Hausfather said.

“This could lead to defeatism, because the problem is perceived as being out of control and unsolvable,” the authors wrote. “This admission does not make climate action less urgent. The need to limit warming to 1.5 degrees Celsius does not depend on having a 5 degree Celsius counterpoint.”

Even before the journal article was published, the debate over the definition of business as usual and worst case scenarios played out the last several months publicly on social media, including Twitter, where some critics accused the two authors of downplaying the risks of global warming and undermining both the IPCC and the climate activist movement.

The disagreement showed the divisions in the climate expert community about how best to discuss and communicate the most up-to-date climate information—a challenge in any case. It also made clear that there is considerable room between the extremes of mind-numbing messages of climate doom and the somewhat forced optimism of people who seem to say we’re just one tech fix away from solving global warming.

Mann, on his webpage, underscored that the commentary was “basically an opinion piece” and had not gone through the scientific review process.

Mann said similar lines of reasoning have been used recently to argue against the need for deep and immediate cuts to greenhouse gas emissions. But it is important to understand that Peters’ and Hausfather’s article does not overturn the wide consensus about the urgency of those reductions.

”There is some good news here,” he wrote. “We’re starting to bend that emissions curve downward. But we need to reduce emissions by a factor of two over the next decade and bring them down to zero in a matter of a few decades if we are to avert catastrophic climate change impacts. We have to get off fossil fuels far more quickly than we’re on track to do under current policies.”

He added, “This latest commentary doesn’t change that at all.”

University of Exeter climate scientist Richard Betts said Hausfather and Peters may be correct in assuming that emissions won’t rise as much as projected in the IPCC’s worst-case outcome.

But ultimately, Betts said, it’s the concentration of those emissions in the atmosphere that drive warming, and the RCP8.5 concentrations of greenhouse gases “could still be reached if the feedbacks are stronger than assumed.”

He added that it’s also useful to remember that climate change projections are not just a baseline against which to compare emissions reductions.

“There is another extremely important use of climate projections, and that is for risk assessments to inform adaptation, like improving coastal defenses to manage the effects of sea level rise,” Betts said. When doing that, experts don’t just focus on the most likely scenario, but on lower probability extremes with major impacts.

“Although the RCP8.5 concentration pathway is not the most likely outcome,” Betts said, “it still cannot be ruled out and so it makes sense to still consider it in risk assessments. The situation may change in the future. As we gain further understanding of the climate system, it may be that we can narrow down the range of uncertainty further.” 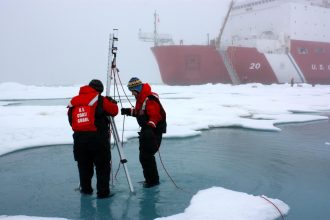 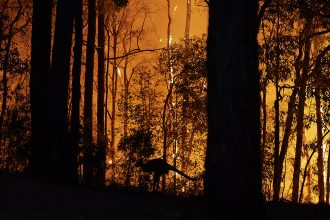 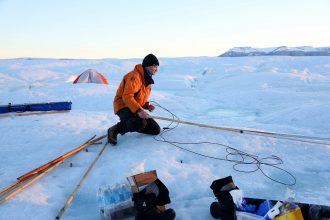