Changes are brewing in the equatorial Pacific, and they could profoundly affect weather across the U.S. and much of the globe next winter and spring.

La Niña, which has held sway since last fall, will be officially declared a goner Thursday, an official at the Climate Prediction Center in Maryland told InsideClimate News. And while nobody is quite certain what will happen next, some long-range forecast models are pointing to the possible emergence of the opposite phenomenon: El Niño.

Climate scientists are still trying to determine what role climate change plays in the La Niña/El Niño cycle. One study by scientists with NASA and the Pacific Marine Environmental Laboratory in Seattle suggests global warming may already be affecting the intensity and impacts of El Niño.

Regardless of climate change’s role, a shift away from this year’s La Niña could dramatically alter temperature, precipitation and extreme weather patterns.

La Niña occurs when sea-surface temperatures in a key region of the central Pacific turn abnormally cool over several months. The cool waters, coupled with large-scale changes in wind and pressure patterns, generally cause a northward shift in storms across North America.

Bill Patzert, a climatologist at the Jet Propulsion Lab in Pasadena, Calif., calls La Niña the “diva of drought,” because it usually robs southern states of rain. That pattern was in place this last winter, although not uniformly. Much of the Southwest and Southeast are enduring droughts, while much of eastern Texas recovered from severely dry conditions.

La Niñas also tend to exacerbate the tornado season. During early spring this year and during the spring of 2011, when La Niña was also holding court, an abnormally high number of tornadoes hit the U.S. midsection.

If La Niña is replaced by El Niño next year, the equatorial Pacific’s waters will be warmer than usual over several months. That would tend to put storms on a more southerly track across North America, stiffing the Northwest and drenching the Southwest.

El Niño has a sort of boogeyman reputation, because it has produced massive, damaging storms that have caused flooding and severe coastal erosion in both North and South America, and droughts in Australia and the Western Pacific. But it can also be very beneficial, especially in California and the Southwest, because it can help restore watersheds and reservoirs depleted by prolonged drought.

El Niño also tends to result in fewer Atlantic hurricanes, while contributing to more in the Pacific. La Niña is the opposite: It contributes to more hurricanes in the Atlantic (which can potentially hit the Gulf Coast or Eastern Seaboard) and fewer in the Pacific.

Long-range forecasters, who look many seasons ahead, rarely speak in absolutes; they usually talk in terms of increased odds and probabilities. Mike Halpert, deputy director of the Climate Prediction Center, told InsideClimate News that the agency’s forecasters are fairly confident La Niña won’t return next winter, because the Pacific’s waters have warmed considerably. They give La Niña only a 22 percent chance of revisiting.

What will occur appears murkier. Spring in the Pacific is often a volatile, evolving period, and computer forecast models don’t have a high batting average for nailing conditions seasons ahead. Halpert said forecasters currently give slightly better-than-normal odds of neutral conditions occurring in the Pacific, and a marginally better chance of a shift to El Niño. He expects to have clearer picture of what late 2012 holds by early summer.

The presence of La Niña or El Niño, Halpert and other long-range forecasters stress, doesn’t guarantee a set of weather conditions everywhere around the globe. Sometimes, extreme conditions in the Arctic, which occurred part of this past winter, seem to override everything. What El Niño and La Niña do is sort of load the dice, tilting the odds in favor of certain impacts.

El Niños come in different strengths and sizes, and it’s too early to say what the next one, if it comes, will look like. The big ones, when sea-surface temperatures are 4 or 5 degrees above normal, consistently produce major impacts. But medium and weak El Niños, when waters are just a degree or two above normal, aren’t as much of a sure bet.

Whether El Niño develops big, small or not at all, the departure of La Niña should mean big changes in 2013 after a very unusual winter and spring in 2012.

One of the most closely guarded secrets at the Climate Prediction Center is the pre-season Atlantic hurricane forecast. It comes out on May 24 this year, and not a day before. The agency is mum until then.

The secrecy is mandated from the top of the National Oceanic and Atmospheric Administration, and it’s just not for dramatic effect. What the agency says about hurricanes can influence futures markets and the insurance industry.

Private meteorologists are under no such constraints. AccuWeather, a company based in Pennsylvania that does both short and long-term forecasts, released its prediction for the hurricane season last week. AccuWeather’s forecasters envision a fairly typical year in the Atlantic.

They predict 12 named tropical storms, five named hurricanes and two major hurricanes. They say storms in the western Atlantic and Gulf of Mexico, near the U.S. coasts, are a possibility this year, although no specific landfalls are mentioned.

Climatologists at Colorado State University also produce hurricane forecasts, and they jumped into the waters weeks before AccuWeather. Their April 4 forecast predicted:

The CSU scientists based their prediction of a slightly quieter season on cooling ocean temperatures in the Atlantic and the lean toward the emergence of El Niño.

The hurricane season runs from June 1 through Nov. 30.

May has historically been the most active month for tornadoes in the U.S., with June not far behind. In early May, twisters occur more frequently in the Southern Plains. Storm activity usually moves north in late June, when the Northern Plains tend to be in the crosshairs.

Last year was the most deadly year for tornadoes since 1950. The toll was 550, with fatalities occurring in 15 states. As of April 25, 63 people had died in twisters this year.

Scientists at the Lawrence Livermore National Laboratory in California say extreme weather events are increasing in frequency and may become even more prevalent due to changes in the water cycle caused by global warming.

The study, published last week in the journal Science and reviewed in The New York Times, showed the salinity of the ocean surface has changed markedly. The findings suggest a 4 percent acceleration of the water cycle over the last half century, more than computer models had predicted. A further 20 percent acceleration is possible later this century, the researchers conclude.

The water cycle is the natural movement of water between the Earth’s surface and the atmosphere. It’s basically the process of ocean water evaporating, condensing into clouds, falling back to Earth as precipitation, and either evaporating on land or returning to the ocean, where the process begins again.

Parts of the ocean have grown saltier, while other regions have become fresher, the researchers found. The changes were attributed to stronger evaporation and precipitation patterns, which in turn could mean bigger storms and more prolonged droughts.

The paper appears to provide the most scientific evidence yet of the long-held theory that global warming is altering the water cycle. 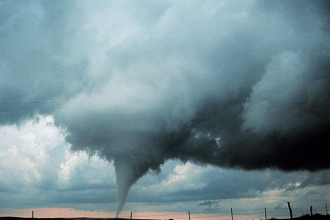 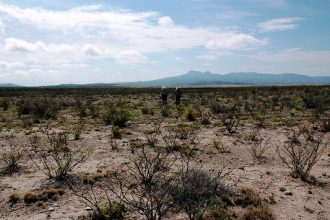 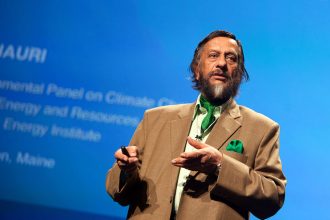