For California, indisputably the nation’s leader on climate policies, 2011 is likely to be a year in which the state comfortably widens its lead. From auto emissions standards to the construction of solar and wind farms, California is expected to take major steps forward.

The first step will be decidedly backward, however. Soon after he is inaugurated today, Gov. Jerry Brown is expected to solve the state’s unprecedented $25 billion budget deficit by making deep, across-the-board spending cuts that include vital climate-related programs such as subsidies for mass transit.

“Jerry Brown has been visionary and consistent on this issue, especially renewables, since the 1970s, so we have high hopes,” said Sen. Fran Pavley, a Santa Monica Democrat who spearheaded the state’s strict auto emissions rules.

She noted that the chair of the powerful Air Resources Board, Mary Nichols, held the same post during Brown’s previous time as governor, from 1978 to 1983, so California will enjoy in 2011 an unusual level of political continuity for climate and energy policies.

Beyond the immediate budget bloodbath, the agenda for Brown and state legislators will be chock full. While much public attention will be focused on the continued roll-out of detailed regulations for the state’s cap- and-trade system, announced Dec. 16, the coming months will bring a host of decisions on other climate-related policies with equal or larger impact.

In separate interviews with SolveClimate News, legislators, regulators and environmental advocates alike said that two key issues top their To-Do lists for the new year: improvements in the Renewables Portfolio Standard and the so-called Pavley Standard.

Giving the RPS the Force of Law

The Renewable Portfolio Standard, or RPS specifies the share of total energy supply that utilities must provide from renewable energy sources. Originally created by the Legislature in 2002 with a mandate of 20 percent, California’s RPS was further accelerated by Gov. Arnold Schwarzenegger, who signed an executive order that mandated an RPS of 33 percent by 2020.

Yet the clean-tech industry and their billionaire investors say they need the 33 percent level to have the force of law, rather than just being an executive order, to give them confidence to invest billions of dollars to build industrial-size solar and wind farms.

“Investors, financiers and developers of renewable energy are saying that the policy has to be set in stone, rather than just an executive order that can be overturned anytime,” said Daniel Kalb, California policy coordinator for the Union of Concerned Scientists. “This is a top priority.”

Democrats in the Legislature have introduced legislation to codify the 33 percent level, and environmental groups say they hope the measure will be fast-tracked and signed soon by Brown, who promised during his election campaign that he would support a standard of 33 percent.

“If California does something this big, it will have a significant effect on neighboring states and the whole Western region,” Kalb said.

For decades, California’s tailpipe emissions regulations have been the locomotive that dragged forward the federal government’s own rules. Now, environmentalists and industry are battling once again. The Pavley Standard, finally echoed by the Obama administration when it adopted a 2016 nationwide goal of 35.5 average miles per gallon, is now scheduled to be strengthened yet again.

In mid-2011, the Air Resources Board is expected to vote on new rules for the next period of 2017-2025, governing greenhouse gas emissions as well as soot and conventional pollutants. For CO2 emissions, the Board is considering the same range as the U.S. EPA is evaluating for federal standards – an annual reduction of 3 percent to 6 percent. Environmentalists are pushing hard for the 6 percent level, which would create a standard roughly equivalent to 62 miles per gallon.

The Board’s own staff is delaying the decision until they resolve unexpected technical problems such as how to reliably measure tiny quantities of soot. But both environmentalists and automakers alike expect California to act more quickly and to adopt a tougher target than the federal government. For that very reason, the political pressure is heavy.

“This might not get the same kind of press as the RPS because it is regulatory rather than legislative, but it’s equally important and will have at least as big an impact,” said Kalb.

In the State Capitol, some key lawmakers suggest the new climate measures may be forced to take a low public profile because of the need to recast the climate agenda in light of the economic challenges facing the state.

“The real challenge is to combine this environmental and energy agenda with creating jobs, helping the California economy and budget,” said Pavley. “In 2011, you’ll hear less about cap and trade. I think it’s very important to let the public be aware of the many success stories in providing green jobs.”

Despite the intent to focus on green jobs, two other key issues on the climate policy plate will not necessarily lend themselves to that message.

Aside from all the rhetoric about renewable energy and emissions, the real nitty-gritty of climate policy will rely on a vast and arcane series of decisions by local governments that will govern how average people live and move.

For example, a state law enacted in 2008, known as SB 375, was the nation’s first law to control greenhouse gas emissions by trying to curb suburban sprawl. Yet the implementation of this mandate has fallen to the state’s 18 metropolitan planning organizations, which were tasked with concentrating new growth around existing transit corridors. In 2011, local authorities have a mind-numbing series of decisions that are likely to fly completely below the radar of national attention.

Assemblywoman Nancy Skinner, a Democrat from the Oakland-Berkeley area, said that legislators and regulators in Sacramento will have limited authority over these decisions. “In California, 50 percent of emissions come from the transportation sector, but so far, we don’t have anything to close to where we need to be,” Skinner said. “It’s the sector that’s growing fastest, with an increased number of trips per day and increased distance, but I can’t say we have seen results.”

While Schwarzenegger grabbed headlines with his “Million Solar Roofs” initiative to support residential installations, his results have been meager. “Individual residential solar installations are great, but they’re not necessarily the most cost-effective,” said Skinner. “We need larger commercial-scale installations, or ones in areas where transmission already exists. That isn’t happening at a pace or scale that some people think necessary.”

“A major focus of Gov. Brown’s new administration has to be on actual performance, to deliver the savings promised,” said Dian Grueneich, who spearheaded much of the state’s energy-efficiency regulations and its renewable-energy transmission lines during her six-year term on the Public Utilities Commission that ended Dec. 31.

“There is a real risk that the goals will not be met,” Grueneich added. “What’s important is not just what’s in the contract or the decision issued, but what are the real energy efficiency savings delivered by the utilities, and how do we make sure the renewable energy resources are not just permitted but actually built?” 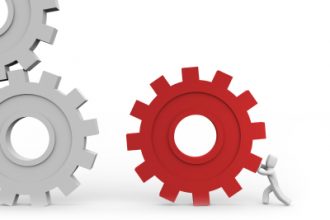 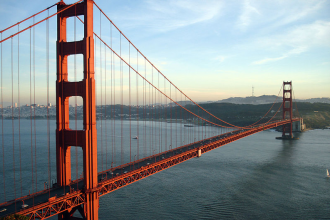 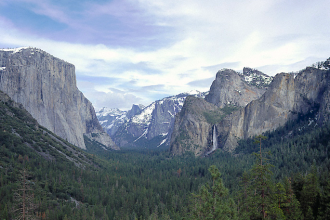