Boulder County, one of the first places in Colorado to take a stand against hydraulic fracturing, or fracking, back in early 2012, recently extended its temporary ban on the controversial process until July 2018.

A handful of towns in the state, including the Boulder County cities of Longmont and Lafayette, have temporarily or permanently banned fracking in recent years. They were promptly sued by either the energy industry, state regulators, or both. But so far, the Boulder County government has avoided a lawsuit.

But does the recent decision now mean a legal battle over local control to restrict oil and gas activity in the state is coming Boulder County’s way?

Sam Schabacker, Mountain West region director at the environmental group Food and Water Watch, said a lawsuit is “entirely possible” and noted that the state’s oil and gas industry “is quite litigious.”

But, he said, the risk is worth it. “At the local level, [a moratorium] is the only avenue to really make sure that people can slow down and make an informed decision before fracking wells are put next to homes and schools and public parks,” Schabacker said.

Boulder County Commissioner Elise Jones told InsideClimate News that she doesn’t know if a lawsuit is looming, but the threat of one didn’t factor into her decision.

Jones and the county’s other two commissioners voted unanimously to extend the moratorium at a public hearing in Denver on Nov. 13.

In the previous six months, the commissioners received approximately 2,500 comments about extending the moratorium on new drilling. More than 99 percent of those comments favored the extension. Fracking’s potential impact on health was the “driving” concern, Jones said.

“We can’t guarantee to our residents in Boulder County that the regulations we put in place … are sufficient to protect them from potential air and water quality impacts and the impacts to the health of the community, the health of their families,” said Jones.

Fracking is the process of injecting mostly water, along with sand and chemicals, down a well to break open shale bedrock and extract oil and gas.

There have been few studies examining the potential health effects of this intensive form of energy extraction. The University of Colorado, in Boulder, is the lead group in a project with $12 million in backing from the National Science Foundation to assess impacts from local oil and gas drilling. The new county moratorium deadline of 2018 was strategically set to come after that project, called AirWaterGas, is completed by October 2017.

Colorado, the sixth largest state producer of natural gas, has more than doubled its annual fossil fuel production in recent years due to fracking. There are over 52,000 wells across the state, including 317 in Boulder County.

The benefits of fracking include job creation, increased tax revenue, and royalties for landowners with mineral rights. But few people have spoken up on behalf of the industry in Boulder County, which has about 310,000 residents.

“The industry has chosen not to show up at our hearings by and large,” said Jones.

Shortly after Boulder County made the decision, Doug Flanders, director of policy and external affairs for the industry trade group Colorado Oil and Gas Association, released the following statement: “COGA is evaluating all of its options now that the commissioners have unanimously decided to ignore recent judicial rulings that bans on fracking and energy development are illegal. By extending their ban to 2018, it would be in effect even longer than Fort Collins’ five-year moratorium that a district judge already has ruled to be illegal.”

The citizens of Fort Collins, in Larimer County, just north of Boulder, passed a five-year moratorium in November 2013; the city was sued about a month later. A judge ruled against the moratorium in August and the town has since appealed.

While COGA hasn’t added any further comment on the issue of Boulder County, the group filed a complaint Nov. 24 for a declaratory judgment to invalidate a five-year moratorium passed in late 2013 by neighboring Broomfield.

The president of the trade group, Tisha Schuller, said of the decision: “It is my sincere hope that we can get the lawsuits resolved so we can focus on the important and successful work of engaging with our communities.”

Boulder County started with a one-year moratorium, which was passed on Feb. 2, 2012. This temporary ban was extended in January 2013 for six months, and then extended again for 18 months, until January 2015.

Some Boulder County towns have “home rule” authority, or local control, and are not covered by Boulder County’s moratorium. Longmont and Lafayette passed permanent fracking bans in November 2012 and 2013, respectively. The state’s industry group sued both towns within two months of each move.

The industry has taken the lead on these lawsuits, and in several cases regulators at the Colorado Oil and Gas Conservation Commission eventually joined their side in the fight. The COGCC did not respond to questions about whether it will pursue legal action in this case.

While not every town or county across the country that has passed a ban or tight restrictions on fracking has been sued, there are many examples. Outside of Colorado, there are ongoing legal battles in at least three states, from Mora County, New Mexico to Broadview Heights, Ohio to Denton, Texas. In Denton, it took industry and the state less than 24 hours to file similar lawsuits against the ban.

The industry has “to pick and choose their battles,” said Davis, who noted that it is already wrapped up in numerous lawsuits in the state.

The fact that Boulder County residents, in general, are more highly educated and have higher incomes than other Coloradans was not lost on Davis.

Adding yet another lawsuit against a county with significant resources, no less, would be costly, he said.

“I don’t think they want to risk that,” said Davis.

Correction: An earlier version of this story misidentified the location of Mora County. It is in New Mexico, not Arizona. 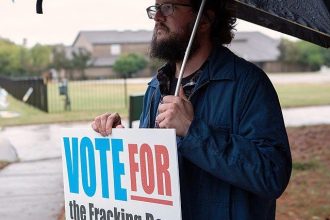 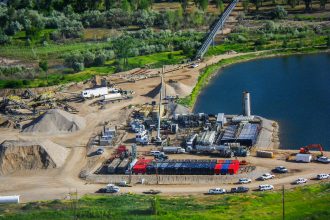