Several families remain displaced three weeks after an oil well exploded in Karnes County, Texas, and the true extent of the contamination is unknown.

More than a dozen households were evacuated after the well blowout in mid-May. As of Monday, five families were unable to return home because their houses are being decontaminated, said Doug Hock, a spokesman for Encana, the Canadian company that owns the well.

Three of the families are at a local hotel. Leonard Cordova, his wife and their 2-year-old daughter have shared a hotel room since May 19. Their three indoor cats are staying with them. The family’s dogs are at a friend’s house, and their three outdoor cats are still living on the Cordovas’ property, which is across the street from the well that blew.

“As far as I know, our [home] is one of the hardest ones hit,” Cordova said.

“They’re not allowing us to go back to our property,” he added. “They have guards out front, and if we try to go back, they call the police.”

Cordova said he wants to go back to retrieve important documents like birth certificates. Encana has offered to do it for him, but Cordova said he’s uncomfortable with the idea of strangers going through his personal belongings.

“We left with nothing,” he said. “We left with the clothes we had on. All my daughter had was a shirt and a diaper.”

Encana provides the three families with food every day, as well as per diem, Cordova said.

Hock, the Encana spokesman, said the remaining two families whose homes are being cleaned are vacationers or absentee landowners.

One is retired Vietnam veteran Lucas Jasso, who lives part-time in Corpus Christi. Jasso said he spends most of his time in Karnes County, and is devastated by the damage to his land, where he raises three cows and two bulls.

Jasso hasn’t stepped foot into his house since the explosion, but he made two brief trips to his property while accompanied by an Encana representative.

“I felt like crying seeing the mess spewed by the well,” he wrote in an email. “My [cattle’s] grass was yellow, leaves off my trees were falling and on the ground.”

Jasso said his cattle have been relocated. He also received $2,000 from Encana, and a neighbor told him each of the evacuated families had received the same. “I really don’t know what to make of all this,” Jasso said. “It’s not so much that I’m concerned…[but] I don’t see a light at the end of the tunnel for the inconvenience.”

Cordova said he asked Encana to help his family find temporary housing, but he expects it will be hard to relocate since the oil boom has created a housing crunch. The family needs to stay nearby, he said, because his wife works in Karnes City.

“We just need a place to stay that’s not a hotel,” Cordova said. “We need a yard, and a home where my daughter can play…She doesn’t really have anything to do all day” at the hotel.

Cordova and Jasso were frustrated with the oil industry long before the explosion put them out of their homes. They say their lives have been turned upside down with noise, traffic and environmental concerns. Karnes County is at the heart of the South Texas Eagle Ford Shale, one of the most active oil and gas fields in the country. Since 2008, more than 12,000 wells have been drilled in the region.

“Personally I never really liked” the industry, said Cordova, who worked for an oil and gas contractor before getting laid off when oil prices tanked. “Before all this stuff happened, it was nice and quiet…Now it’s just nonstop traffic, 18-wheelers, loud and polluted. It’s not what it was.”

The Encana well was located near the intersection of Farm to Market Road 792 and County Road 343, a few miles outside Karnes City. When it exploded, it sprayed a mix of crude oil, natural gas and condensate (light petroleum products used for petrochemicals and manufacturing) that turned the grass brown.

Hock said Encana is in the midst of an “environmental sampling program,” and is consulting an ecologist on cleanup methods. “We will have a better idea of the size of the clean-up area next week when the environmental assessment is complete,” he said in an email.

Encana also brought in veterinarians to examine affected livestock, Hock said. Some of the livestock had to be washed and cleaned, but he said there were no long-term impacts.

“Hopefully they’ll return the land to a pristine stage,” Jasso said, though he worries he’ll have reservations about lasting impacts no matter how clean it looks.

Still, Jasso has no intention of selling his property or moving away. “It’s my paradise,” he said. “They ruined it.”

Cordova said he and his wife are debating whether they want to stay. The house has been in his wife’s family for generations, he said, so she has an emotional attachment to their home. But Cordova worries about the health impacts on his daughter, even after the cleanup is complete. His own health has deteriorated since the explosion. Cordova said he’s taking Ibuprofen for persistent headaches and has coughed up white mucus every morning and night for nearly two weeks.

Hock said it would be premature to discuss whether Encana would consider buyouts for families that might want to leave. “Our focus is on cleaning the environment and people’s homes so they can safely return,” he said.

Jasso and Cordova said the explosion has left them unsure of what to do next, and they don’t know what they’re entitled to receive from Encana. Jasso said he called a lawyer for help, but didn’t know what questions to ask.

“We know nothing,” Cordova said. “We’re just kind of left in the dark, playing the waiting game.” 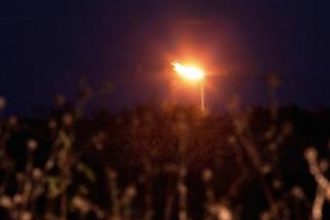