The company behind a controversial plan to expand an underground gas storage facility in central New York said it is abandoning the project that has been in the works more than seven years. The decision delivers a victory to the grassroots coalition of local residents, businesses and environmentalists that fought the proposal in one of the nation’s longest-running campaigns of environmental civil disobedience.

“We’re all surprised and delighted by the news,” said Sandra Steingraber, an activist and scholar in residence at Ithaca College. Steingraber helped launch a two-year-long protest movement against the project that saw more than 400 community members and other activists arrested, an effort that InsideClimate News profiled last year.

The news came in a routine regulatory filing Tuesday by Arlington Storage Company, the company behind the expansion. “Despite its best efforts, Arlington has not been successful in securing long-term contractual commitments from customers that would support completion of the Gallery 2 Expansion Project,” it wrote. “Accordingly, Arlington has discontinued efforts to complete the Gallery 2 Expansion Project.”

The proposal would have expanded the capacity of an existing natural gas storage facility in caverns near Seneca Lake, allowing more gas from the fracking fields of Pennsylvania to flow through New York’s Finger Lakes region. The plans date back to at least 2009 and received federal approval in 2014.

Steingraber’s group began their civil disobedience campaign soon after the project got the green light. When Governor Andrew Cuomo announced at the end of 2014 that the state would ban fracking, the protests and activism grew.

A spokeswoman for Crestwood Equity Partners, Arlington’s parent company, did not respond to requests for comment.

Steingraber said she thinks the various opposition campaigns, from the hundreds of arrested protesters to organized lobbying by local businesses, played a role in the project’s demise. “The larger point is that if we take Arlington at its word that it thought it could get contracts for this gas and it can’t, I have to believe we really affected the social license of this company,” she said.

Gas Free Seneca, an advocacy group formed to oppose the project, said in a press release that it would ask the Federal Energy Regulatory Commission to rescind its approval of the project.

Crestwood is also seeking approval from state authorities to store liquid petroleum gas, a byproduct of gas drilling, in nearby underground caverns. That project, which does not require federal approval, has been waiting for a ruling for years from a state administrative law judge.

Steingraber said the local activists will continue to oppose that facility and any others that are proposed in the area. “The word I’ve been hearing people say is we have to be vigilant and diligent,” she said. 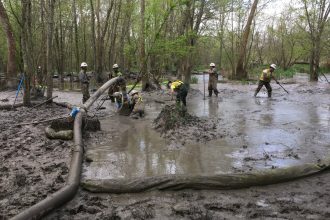 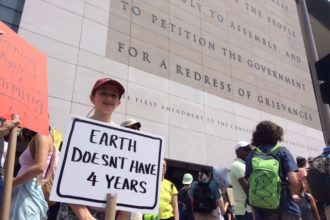 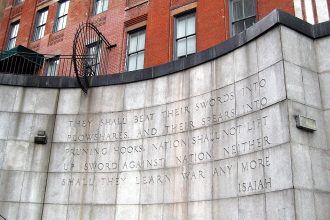