For most of New York City Mayor Bill de Blasio’s first year in office, global warming didn’t seem to be a top priority—leaving green groups who endorsed him as an environmental champion during his campaign reeling. But 11 months into his term, there are signs that a shift is under way as the mayor made significant pledges and restructured the city’s climate team.

Last week, de Blasio quietly named Nilda Mesa to lead New York’s climate agenda as director of a new Office of Sustainability. The agency combines two offices with climate-action responsibility. Mesa, an environmental policy and planning authority, has experience at the federal level working for the White House and the Environmental Protection Agency and in New York as the former head of Columbia University’s sustainability efforts.

“She has sterling environmental credentials and the ear of the mayor and his top officials—two extremely valuable assets for success in this position,” said Eric Goldstein, director of the Natural Resources Defense Council’s New York City Environment program. “There had been a gap in critical personnel. We’re glad it has been filled by a quality candidate.”

Green groups had been calling on the mayor for months to expand his global warming agenda, particularly by naming a sustainability head. New York, by far the largest U.S. city with a population of 8.4 million, became a world leader on climate action under the previous mayor, Michael Bloomberg, inspiring action in communities around the world. Billions of dollars in damage from Superstorm Sandy in 2012 gave the issue new urgency and intensified the global spotlight on New York. Climate advocates said that if city’s sustainability work was put off for too long as a new mayor settled in to his new job, years of momentum could be lost and the city left exposed to climate impacts.

READ: Bloomberg’s Hidden Legacy: Climate Change and the Future of New York City, the story behind the historic effort by Mayor Bloomberg to safeguard New York from the effects of climate change.

De Blasio’s appointment of Mesa and creation of the new sustainability office show he is taking ownership of the issue, climate advocates said. The mayor is pushing for more aggressive initiatives while at the same time restructuring the city’s climate team to function more smoothly.

For much of this year, de Blasio focused on inequality issues in New York by taking steps to improve access to good schools, housing and transportation. Climate activists say he began shifting his attention to global warming issues in September, pledging to cut the city’s total emissions 80 percent below 2005 levels by 2050.

The 80×50 plan, as it is known, has been tossed around for some time. Bloomberg’s administration described it as “theoretically feasible” but said it “would require change at an unprecedented and technologically untested scale.” De Blasio committed to it anyway, making New York the largest city in the world to do so.

As a first step to carry it out, he published a plan requiring that both government and private buildings be retrofitted to reduce energy consumption or face mandates. Buildings are responsible for 75 percent of the city’s greenhouse gas emissions. Known as One City, Built to Last, the plan sets a timeline for city-owned buildings to be updated by 2025 and interim targets for privately owned buildings before 2050.

After months of frustration, environmental leaders said they welcomed the mayor’s new initiatives and appointments.

“Given the ambitious agenda that Mayor de Blasio has laid out and the great leadership he has put in place—from Emily Lloyd and Dan Zarrilli, to Bill Goldstein and now Nilda Mesa—it’s apparent that he is devoting much-needed attention to NYC’s climate and environmental issues,” said Kizzy Charles-Guzman, policy director of The Nature Conservancy’s NYC Program and a former member of the long-term planning agency’s staff.

Lloyd is the commissioner of the Department of Environmental Protection, Zarrilli heads the city’s climate adaptation work, and Goldstein is the Mayor’s senior adviser on environmental and climate issues.

At the same time, some environmental leaders said they will keep a close watch on de Blasio to make sure his pledges and plans result in action.

For the past eight years, the city’s Office of Long Term Planning and Sustainability was responsible for creating the city’s environmental agenda. It spearheaded some of the world’s most ambitious climate and sustainability initiatives, including emission reduction, transportation, and green space programs.

Following Superstorm Sandy, the Bloomberg administration created a team within the planning office to handle recovery efforts and global warming adaptation—preparing for future climate impacts such as higher temperatures, rising seas and stronger storms. In March, de Blasio made this unit an independent department, creating the Mayor’s Office for Recovery and Resiliency, led by Zarrilli.

Mesa’s new Office of Sustainability, which will focus mainly on climate mitigation, combines the Office of Long Term Planning and Sustainability with the Office of Environmental Coordination, which focused on administering and advising the city’s climate agenda. The OEC had been led by Mesa since September,

Combining the long-term planning and coordination agencies is intended to streamline the city’s climate and environment work, said Amy Spitalnick, a spokeswoman for de Blasio. The mayor considered the restructuring for some time and decided to press forward once he met Mesa, she said. Now staffers who write policy will work under the same roof as those who implement it.

The Office of Sustainability and the Office of Recovery and Resiliency will work in the same building, and both will report to Goldstein.

Mesa has an extensive background in sustainability. From 2006 to 2012, she was the first assistant vice president for environmental stewardship at Columbia University. During her tenure, Columbia reduced its greenhouse gas emissions nearly 17 percent—more than halfway to its goal of a 30 percent reduction in 10 years—and started several green building initiatives, including the nation’s first LEED Platinum-certified campus, the school’s still-underway Manhattanville expansion.

Her record wasn’t perfect, however. There were several complaints by student leaders that the school’s sustainability office was too low-profile. Columbia also ranked as one of the least green Ivy League schools, though it was in the top tier of colleges’ sustainability overall.

The Mayor’s Office declined an InsideClimate News request for an interview with Mesa.

The de Blasio administration in April must file an updated PlaNYC report, required every four years by city law, detailing progress in implementing environmental and sustainability initiatives, as well as setting new goals. Spitalnick said work on it was under way before Mesa’s appointment. It will be a collaboration of the Office of Sustainability and the Office of Recovery and Resiliency.

In addition, the New York City Panel on Climate Change, a group of scientists charged with analyzing global warming’s impacts on the region, is preparing to issue new projections late this month or early next year.

“Not having someone in leadership didn’t stop our work at all,” said Cynthia Rosenzweig, a climate scientist at Columbia University and co-chair of the New York City Panel on Climate Change. Rosenzweig worked closely with Mesa at Columbia and will do so again in her new role. “But I’m thrilled all the same that someone is now there to lead, and that that person is [Mesa].” 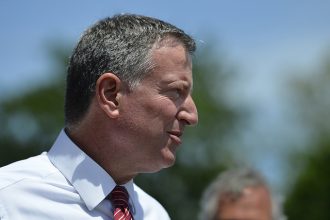 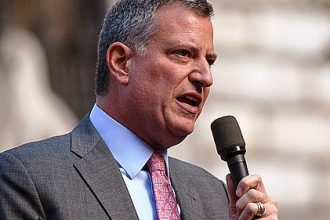