This story has been updated with the government releasing the environmental impact statement.

Lawmakers in both houses of Congress were scrambling this week to try to block oil and gas drilling in the Arctic National Wildlife Refuge, as the clock ticks toward the government’s first fossil fuel lease sale in an area considered one of the nation’s last truly wild places.

On Thursday, the House passed a bill that would prohibit the lease sale. A day earlier, Democrats in the Senate introduced legislation that would put the refuge off limits for development.

The Trump administration, meanwhile, issued a key environmental report on the lease plan Thursday afternoon, starting a 30-day comment period, after which it can formally offer up the region for oil and gas leasing. Environmental groups were just beginning to study the environmental impact statement but expected to sue.

The area in question—a 1.6-million acre portion of the refuge in northeastern Alaska known as the coastal plain—is home to hundreds of species and is vital to the native Gwich’in people. Though the rest of the refuge is protected from drilling, the coastal plain is not, and it has been the focus of hot debate for decades as both Democrats and some Republicans seek to keep it pristine.

When Trump’s 2017 tax plan passed, it included a provision that could now open up that area. It requires that lease sales for oil and gas drilling be conducted in the coastal plain, beginning what could become a manifest destiny-like march toward fossil fuel development in the area.

The bill that passed in the House this week would take the critical step of removing that requirement. But while environmental groups are cheering the vote, there’s a problem: Any legislation to stop the lease sale would have to get through a Republican-controlled Senate that has strongly supported the Trump administration and its fossil fuels agenda.

“In order to effectively prevent drilling in the refuge, we need this legislation,” said Nora Apter, deputy director of federal affairs at the Natural Resources Defense Council. “That’s not going to happen tomorrow, given the way things look in the Senate.”

Adam Kolton, executive director of the Alaska Wilderness League, said that the timing of the Bureau of Land Management’s release of the environmental impact statement (EIS), coming just hours after the House vote, was suspect and that the plan would be vulnerable to legal challenges.

“To no one’s surprise, the administration chose the most aggressive leasing alternative, not even pretending that this is about restraint or meaningful protection,” Kolton said. “With an eye on developing the entirety of the fragile coastal plain, the administration has been riding roughshod over science, silencing dissent and shutting out entire Indigenous communities.”

A week ago, a high-ranking member of the Interior Department who oversaw the review process, former Assistant Secretary Joe Balash, left his position to take a job with Oil Search, an oil exploration company that operates on Alaska’s North Slope.

If a new administration takes over after the 2020 elections, the region could see new protections. But the question of whether that new administration would be looking at a refuge that is still pristine, versus one that has been leased for development or is being actively developed—that’s a question that will likely be answered in the courts.

“Ultimately, the way to protect the refuge is through legislation,” said Garett Rose, staff attorney with NRDC. “But in the short to medium term, this is going to be a battle in the courts.”

As environmental lawyers review the final environmental impact statement, they and the groups they represent will be looking for opportunities to sue.

“[The Interior Department] has to comply with the law, and there are numerous requirements and federal statutes that they have to meet; the Tax Act didn’t change that” said Brook Brisson, a senior staff attorney with Trustees for Alaska. “We’re going to be looking at all legal opportunities to protect the coastal plain of the Arctic Refuge.”

When the draft environmental review of drilling in the refuge was released earlier this year, it was riddled with deficiencies, according to environmental watchdogs.

The government’s review didn’t meaningfully take into account things like how drilling will impact the tundra and permafrost, or how it would affect species like polar bears or the Porcupine caribou herd, Rose said.

“They’re moving as fast as humanly possible to rush through this process, and the EIS reflects that kind of approach,” he said. “My guess is that they want to be able to hold an auction and have companies bid on these leases before the end of this term, which kicks off a process that’s going to last decades on the refuge.”

If some of those deficiencies remain, lawsuits filed by groups like NRDC will aim to “send Interior back to the drawing room to do this correctly.”

In doing so, they hope to push off the lease sale as long as they can.

Basically, Rose said, “We’re going to do everything in our power to try to work to save the refuge.”

The House also voted this week to ban offshore drilling in coastal areas of the Atlantic and Pacific oceans as well as areas of the Gulf of Mexico.

The House voted in favor of two bills that would provide permanent protection for those areas. One of the bills, sponsored by Republican Rep. Francis Rooney of Florida, would extend a moratorium on oil and gas leasing and related activities in parts of the Gulf of Mexico off Florida.

The second bill, sponsored by Rep. Joe Cunningham (D-S.C.), seeks to place parts of the Atlantic and Pacific outer continental shelves off-limits. Both bills face the same challenges, however, that the Arctic National Wildlife Refuge bill faces: the Senate and the president.

“Offshore drilling is bad for coastal communities, marine life, and our climate. These votes are further proof that protecting coastal economies from President Trump’s plans to radically expand offshore drilling is not a partisan issue—it’s common sense,” said Alex Taurel, the conservation program director for the League of Conservation Voters. “The question now is: will Leader (Mitch) McConnell allow votes on these bills or will he continue to operate the Senate as a legislative graveyard and leave states like Florida, Georgia, North Carolina, and Maine at risk of offshore drilling?” 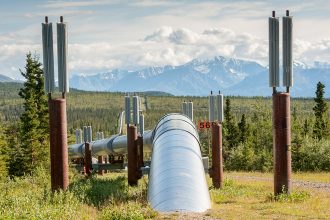 BP's Selling Off Its Alaska Oil Assets. The Buyer Has a History of Safety Violations. 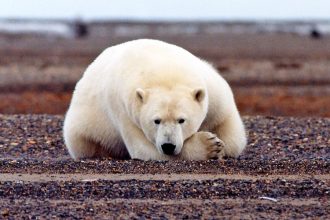 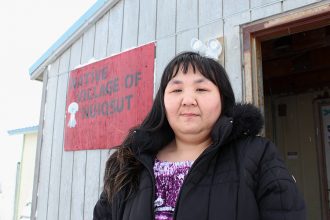