Months of exceptionally warm weather and an early winter snow drought across big swaths of the West have left the snowpack at record-low levels in parts of the Central and Southern Rockies, raising concerns about water shortages and economic damage.

Drought spread across large parts of the Western United States this month, and storms that moved across the region in early January made up only a small part of the deficit. Runoff from melting snow is now projected to be less than 50 percent of average in key river basins in the central and southern Rockies.

Most of the region’s annual water cycle starts as thick layers of mountain snow that accumulate during winter and melt slowly in spring. If the snows don’t come, there’s no water to fill the reservoirs.

A series of recent studies examines how vulnerable that snowpack is to rising temperatures, and how the economic costs from the declining snowpack could soar into the hundreds of billions of dollars.

As 2018 began, the snowpack was at record or near-record lows from Central and Southern Colorado across much of Utah, New Mexico and Arizona. At many sites measured by the federal Natural Resources Conservation Service on Jan. 1, the snowpack was less than 50 percent of average. Across Arizona and New Mexico, it was between 0 and 6 percent of average.

California last winter rebounded from its most intense extended drought (2011-2016) on record, but the state is once again dry and hot. October and November were the warmest recorded in Southern California, and the snowpack was only 44 percent of average at the end of December.

How Sensitive Is Snow to Climate Change?

University of Colorado hydrologist Keith Musselman’s research in the southern Sierra Nevada shows how sensitive mountain snowpack is to global warming. Analyzing an extensive dataset from the western flank of the Sierra, he found that the snowpack shrinks by 10 percent for every 1 degree Celsius of warming. And winter rain storms will increase as global temperatures rise, melting snow that’s already piled up and raising flood risks.

The middle elevations of the mountain range are most sensitive, Musselman found, standing to lose about 40 percent of their snowpack if average global temperatures rises by 2 degrees Celsius in the next few decades, and 50 percent at 3 degrees Celsius warming, a temperature increase that seems increasingly likely by the end of the century unless global greenhouse gas emissions start dropping quickly.

Climate scientists say snow seasons like the West is experiencing now will become more common in the next few decades. If winter snows don’t come, there won’t be much water to fill the reservoirs, potentially leaving cities like Las Vegas, Phoenix and Los Angeles dry in the future.

The changes may come faster than expected, according to Oregon State University climate scientist Philip Mote, referring to a Nov. 2017 study showing how the snow line—the elevation where rain changes over to snow—in California’s northern Sierra Nevada raced uphill by as much as 236 vertical feet per year between 2008 and 2017, the warmest decade in Earth’s observed climate history.

If the same trend continues in the coming years, water managers will have to make extensive—and expensive—adjustments to water storage and distribution.

“Warming background temperatures combined with changes from snow to rain leads to decreased water availability in spring and throughout the warm season,” the study’s authors concluded.

That affects when water is available for agriculture or municipal supplies, “potentially creating a mismatch between availability and need. There is not enough reservoir storage capacity, so most of the ‘early water’ will be passed on to the oceans,” another team of water scientists found in a study that estimated the total value of snow on a global scale.

The value of the global snowpack is in the trillions of dollars, based not only on its water content, but also for its overall cooling effect on the climate, a team of climate scientists and economists estimated in a study last spring. During Northern Hemisphere winters, the extensive snow cover reflects incoming sunlight, helping to moderate the planet’s overall warming. Economic losses from reductions in snow-covered area could run as high $575 billion annually, according to the research.

What Does This Mean for Skiing?

Ski resorts are feeling the economic impact, as well.

With little fresh snow falling this winter and warm temperatures that make it hard to keep machine-made snow on the slopes, New Mexico’s Taos Valley ski resort was able to open fewer than 20 of its 112 runs during the past weekend, and many of the region’s other large resorts have faced similar conditions. Athletes training for the winter Olympics have had to fly to Canada and Europe to find good snow conditions.

“Climate change has, and will, continue to march snowlines up hill,” said University of Idaho climate scientist John Abatzoglou. “A former student and I looked at how climate change may alter the odds of ‘good’ and ‘bad’ snowfall years across the western U.S. We found that climate change will make what we historically have called ‘poor snowfall years’ a regular occurrence in much of the Oregon Cascades and warmer mountain regions such as in Arizona, and likewise ‘good snowfall years’ will become increasingly rare,” he said.

That will affect the $12 billion ski industry, and the impacts shouldn’t come as a surprise, said Oregon State’s Mote, who started researching climate change effects on ski areas in the Pacific Northwest 20 years ago.

“In some of my climate science talks, I ask whether I should teach my kids to ski,” Mote said. The answer depends in large part on whether the world can effectively implement the Paris climate agreement to limit global warming to as little as 1.5 degrees Celsius.

“We’ll continue to have winter sports for several more decades, so it’s probably safe to teach your kids. But if we don’t get a handle on greenhouse gases, it’s probably not going to be there for your grandkids,” he said.

“Ski areas operate in a very sensitive climate band,” he said. “I think even just 1.5 degrees would still put a big hurt on the base of most ski areas. The upper elevations are a little more resilient to climate change, but lower elevations are going to get hammered,” he said.

Thus far, the ski industry response to global warming has been something akin to an arms race, with resorts improving and expanding industrial snowmaking facilities to cover their slopes.

But that adaptation response only works if it’s cold enough, and for many ski areas at lower elevations, it may already be too late, according to Cameron Wobus, a climate researcher with Stratus Consulting in Colorado.

Together with scientists from the EPA and other research institutions, Wobus conducted a study of how global warming will affect snowmaking operations at nearly 250 ski areas across the country, and his results confirm that skiing as we know it today will not be possible in many areas by 2100.

Using the most sophisticated climate models and weather data from various ski regions, the scientists concluded that it will be too warm for snowmaking at many lower elevation resorts in the eastern half of the country within the next few decades. By 2050, the winter season will only be half as long as now, averaged across all 247 resorts in the study.

“That’s a pretty significant story line for the eastern part of the country, about lost opportunities to ski for future generations,” Wobus said. 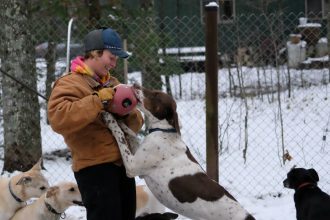 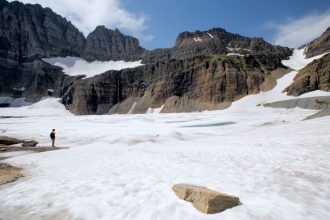