In the rural county of Madera in California’s San Joaquin Valley, some farmworkers have learned to ration their water on a two-week schedule. Water gets hauled in by trucks and delivered to homes that have installed temporary tanks to store it in their backyards.

Those cisterns usually hold up to 2,500 gallons, enough water to last a family two weeks, if they’re careful. The average California household uses double that in the same amount of time.

“We’ve been using too much groundwater in the Central Valley that we really do not have, and it’s taking water from our communities now and from future generations,” said Erick Orellana, a policy advocate for the nonprofit Community Water Center.

Orellana works with low-income, majority-Latino farm workers in the agricultural regions of California’s Central Valley, including families like those in Madera that rely on domestic, shallow wells for their drinking water.

As farmers have pumped more and more groundwater to make up for scarce water resources during the state’s continuing drought, hundreds of wells have run dry just this year. Close to a thousand households reported losing access to water in 2021—a tenfold increase from the year before, according to data collected by the California Natural Resources Agency (CNRA).

About 1.3 million Californians rely on privately-owned domestic wells to get their drinking water, according to a study in the American Journal of Public Health.

Last month marked an important deadline for many of California’s local groundwater agencies, which had to draft and submit their first-ever groundwater sustainability plans for approval by Jan. 31.

In 2014, at the height of California’s last extreme drought, lawmakers scrambled to pass the Sustainable Groundwater Management Act (SGMA), a landmark law aimed at protecting the state’s rapidly dwindling groundwater resources. Unlike surface water in rivers and streams, water in groundwater aquifers had never been regulated—despite the 85 percent of Californians who depend on groundwater for some portion of their water supply.

Eight years later, it’s not yet clear if these plans will work. The state’s Department of Water Resources (DWR) found that a number of plans submitted over the last two years were incomplete or had deficiencies. For example, six of the plans for areas in the San Joaquin Valley failed to adequately address how declining groundwater levels would adversely impact drinking water wells, reduce water quality and cause ground to sink.

Each plan was required to include an assessment of historical groundwater conditions and pumping patterns, protocols to monitor groundwater levels, and projects and management actions that will ensure that an agency meets its water budget.

While the law allows for local implementation, the process is ultimately overseen by state regulators who make sure the plans will avoid a number of “undesirable results.” These include the chronic lowering of groundwater levels, degraded water quality and land subsidence, where so much water is drawn out that land collapses into the void.

The focus of groundwater replenishment under the law has been on recharging water in the locations where the most has been extracted—an effort to meet the needs of the agricultural interests that are among the largest extractors. Groundwater supplies 40 percent of the water used by agriculture in California during a normal year, and more than half of it in dry years. The water pumped vastly exceeds the amount of groundwater that nature can replenish.

That’s one of the reasons why the local agencies’ plans to  achieve sustainability were “not realistic,” said Alvar Escriva-Bou, a senior fellow with the Public Policy Institute of California.

The local agencies had too much optimism regarding how much they would be able to offset the low water levels through “supply side” solutions such as importing water from elsewhere, recycling wastewater or putting more floodwater underground in a process called groundwater recharge, he said.

Not enough of the plans seriously considered reducing water demand and conserving its use, Escriva-Bou added.

Conservation is a tough sell, particularly in the farming counties of the San Joaquin Valley, where it would mean keeping some fields fallow and moving away from an agricultural sector that has historically treated the groundwater supply as a free-for-all, since its use had not been regulated before the 2014 law.

The DWR has identified 11 “critically overdrafted basins” in the San Joaquin Valley as the state’s highest priority regions, where excessive groundwater pumping has led to dramatic declines in groundwater levels.

A number of the local plans also did not consider protections for shallow domestic wells, which are the primary source of drinking water for many rural communities in the valley. Three plans in the Kings Basin acknowledge that 600 domestic wells may go dry, but do not consider that an unreasonable impact of continued overdraft of the groundwater, according to a report by the Public Policy Institute of California. Other plans do not discuss the impact on domestic wells at all.

Many of the plans are also deficient in addressing the quality of water available in community groundwater supplies, said Dr. Daniel Mountjoy, the director of research stewardship at environmental nonprofit Sustainable Conservation.

For example, shallower domestic wells are more susceptible to contamination, including nitrate pollution from septic tanks and fertilizers. When groundwater is overpumped during a drought, it can draw that shallow, contaminated water down to depths that are usually tapped for drinking water wells. Researchers found that nitrate contamination in the Central Valley’s domestic wells increased by 300 to 500 percent during drought years.

This makes the groundwater issue both acute and chronic for low-income and majority Latino communities in the Central Valley. In the short term, these communities face a rapidly dwindling drinking water supply. In the long term, experts worry that continued groundwater overdraft will not only decrease the availability of water but also degrade its quality.

The groundwater sustainability plans might have better protections for domestic drinking water if the local groundwater agencies had more farmworker representation, advocates say.

The irony in the groundwater management act’s approach is that “the makeup of the GSAs ends up being almost entirely farmers, who contributed to the problem” of groundwater overdraft, Orellana said. “It’s not really a representative system.”

“Our communities have been robbed of overtime pay, they’re treated unfairly and get paid low wages, and then they go home and turn on the tap and they drink water that’s contaminated by their employer,” Orellana added. “It is something that we shouldn’t have to learn to live with.”

The law’s mandate for sustainability is still almost two decades away—but the timeline is long by design.

“SGMA wasn’t geared towards dealing with the next five years,” said Felicia Marcus, a visiting fellow at Stanford University who chaired the state’s water resources control board while the 2014 legislation was being crafted. It was meant to stave off the drastic impacts of decades of future droughts, which are likely to be much worse.

The 2040 deadline was necessary to give local and state agencies the time to create entirely new governance structures where there previously were none, Marcus added, and to work with a number of stakeholders with competing interests.

“Could the state legislation have been tougher on standards in the interim? The answer is sure—but it wouldn’t have passed,” she said. “It’s a massively complex area, and there’s a long way to go, but there’s a lot of momentum.” 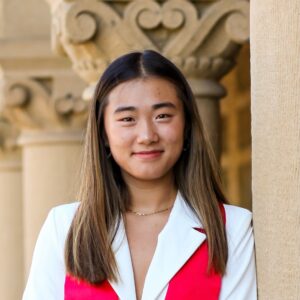 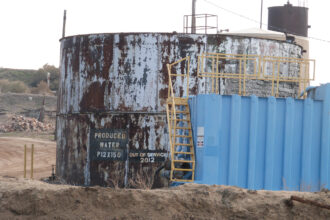 A California Water Board Assures the Public that Oil Wastewater Is Safe for Irrigation, But Experts Say the Evidence Is Scant 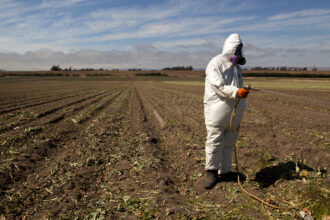 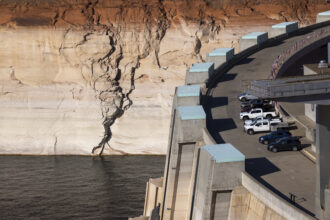