When a client sits down in Paloma Rose Garcia’s chair for a haircut, one of the most popular topics of conversation is the weather.

The Sydney, Australia-based hairdresser and owner of Paloma Salon said her clients often bring up the hot temperatures, the nearby floods or the bushfires that burned across the country, clouding the summer sky for months a few years ago.

These casual comments set her up to share something she’s passionate about—climate change.

A few years ago, she learned about climate change and its role in some of the extreme weather she was seeing in Australia. “Once I started understanding it, I just couldn’t stop,” she said. Now, “I’m always wanting to share my knowledge.”

Hairdressers are in a unique position to raise awareness about climate change, Garcia said. They see clients regularly, building trust over time, and the topic of weather inevitably comes up. The vast majority of clients are interested in learning more, she said, and want to know what they can do to address the issue in their own lives.

So she created a checklist that she can send to interested clients with action items like driving an electric car, switching to clean electricity providers and putting money in banks that don’t finance fossil fuels. “They felt relief that there was something that they could do,” she said.

Garcia wants to get more hairdressers talking to people about climate change. In the past few weeks, she’s hosted training sessions for hundreds of hairdressers, which were recently featured in the Sydney Morning Herald. During the sessions, a climate scientist will teach the hairdressers about the greenhouse effect and what’s happening to the planet, followed by a social scientist who will guide them on how to have conversations about climate change.

“Hairdressers are incredible communicators. We’re relationship builders,” Garcia said. “And we just hold this unique opportunity to have a conversation. Our clients are very loyal to us. We know each other inside out. So it’s easy to broach the conversation.”

A distinct population of polar bears is modeling how the species could survive in a future without reliable sea ice.

A new study published in the journal Science from the University of Washington and other institutions revealed that the southeast Greenland polar bear population hunts from rare platforms of ice along the coast, known as glacial mélange, which are formed by glaciers flowing into the sea. This allows the bears to hunt seals year-round, the study authors wrote. Most other polar bears that hunt seals in the winter use  the ice as it extends south into waters where their prey can be found, and then fast in the summer when ice retreats and limits their range. Climate change is reducing the number of days that polar bears have sufficient sea ice to hunt and is extending the period of the year that they must fast.

The lack of sea ice should make the southeast Greenland habitat unsuitable for polar bear survival, the authors wrote, but the bears have adapted to use the glacial mélange as a climate refuge.

“What we found is this isolated group, isolated from other subpopulations, living in this environment that kind of looks like the future because of this short ice season,” said study co-author Kristin Laidre, a biologist at University of Washington.

Laidre cautioned that these findings do not mean that polar bears will be spared as the climate changes. Glacial mélanges are rare environments, she said, and can’t be expected to sustain the species. Polar bears will likely still see dramatic declines in the years to come as sea ice is further reduced by warming temperatures.

“What this study can show us is, in what we expect to be an ice-free Arctic, maybe how some polar bears will be able to persist in unique habitats like this one in Greenland,” Laidre said. “There’s some polar bears that might be able to continue to live with shorter ice seasons than in other places.”

On a new album of gentle, ambient songs, marine wildlife are the lead singers.

Composer and producer Joshua Sam Miller fills the space between the sounds of whales, dolphins and other sea critters with smooth saxophone notes and soft synths on his new album of eight tracks, “Sounds of the Ocean.”

“This album really is designed as a sonic scuba dive,” he said, “to kind of take you from the surface of the ocean into the depths, and then back to the surface.”

The sounds from marine life, complemented by Miller’s music, are sourced from the Monterey Bay Aquatic Research Institute’s underwater recording devices. “From there, I just started composing music to really support what those creatures have to say,” he said. “I really tried to choose music and instruments and soundscapes that would help people maintain their ability to listen deeply.”

Although the album maintains a soft and slow-moving tone intended to relax the listener, Miller said some may feel emotional while listening. “Especially when they hear the sounds of the whales and the dolphins and really kind of understand more of what their experiences are like,” he said. “If that creates feelings of sadness, of anger over what’s happening in the sea today, or feeling bad for those creatures, that’s OK too. And I would say, be with it all. And then take action.”

Sales of the $22 album will benefit the ocean conservation group Oceanic Global.

“Oceans are like the life force of our planet,” Miller said. “I think ocean health is very much linked to human health. And I think there’s something there that needs more exploration.”

The Warming Threat to Humpback Whales

If current social and economic trends continue, 35 percent of humpback whales’ breeding grounds could exceed the cetaceans preferred temperature range by the end of the century, a new study found. If rapid economic growth leads to increased fossil fuel development, that number could reach 67 percent.

Researchers from the University of Hawaii and the Pacific Whale Foundation say their findings show that, although some amount of global warming is inevitable at this point, reducing greenhouse gas emissions will help minimize the effects of climate change for humpback whales.

“With this work, the journey is really just beginning,” said Jens Currie, chief scientist at the Pacific Whale Foundation. “We’ve shown that there’s an opportunity to change the intensity and severity of climate change impacts if we’re able to reduce greenhouse gas emissions.”

Humpback whales feed in more temperate ocean waters and migrate into more tropical waters to mate, give birth and rear their young. The researchers looked at temperature projections at a fine scale under two different warming scenarios to find out the portion of the breeding grounds that would reach or exceed 28 degrees Celsius, the upper temperature the whales can tolerate.

“What we do today matters for tomorrow,” Currie said. “Not only for humpback whales, but all ocean ecosystems and everything within, from the plankton to fish, seals, the dolphins, the whales and onwards.” 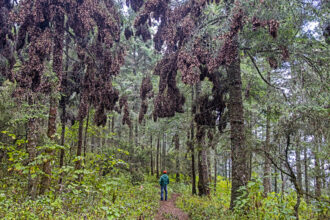 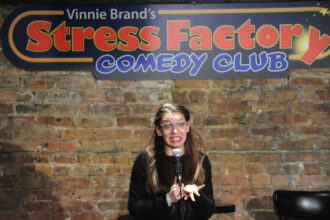