InsideClimate News is one of a group of 60 nonprofit news organizations chosen by the John S. and James L. Knight Foundation to have member donations doubled.

The Knight Foundation’s 30-day giving campaign, which began December 19, is called the Knight News Match. Knight will match donations dollar-for-dollar up to $1,000 per donation until January 19.  The $1.5 million program includes a cap on total matching funds of $25,000 per organization.

“We’ve seen a sudden surge in end-of-year donations in response to this matching program,” said David Sassoon, publisher of InsideClimate News. “It’s a smart and timely effort to support a pillar of our fragile democracy, and reminds citizens they have an important role to play.”

Donors who give $35 or more to ICN qualify for membership in a new member program called the InsideClimate Circle.

Other news organizations chosen to participate in the Knight News Match include PBS NewsHour, National Geographic, ProPublica, The Marshall Project and more.

“It feels really good to donors to be able double the impact of their giving,” Sassoon said. “It’s buy-one, give-one-free during this giving time of year.” 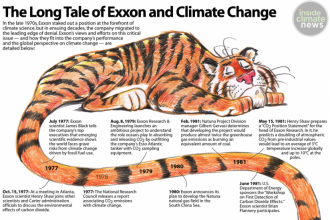