The 40 largest insurance companies in the United States have $237 billion invested in electric and gas utilities, $221 billion tied to oil and gas companies and nearly $2 billion locked into coal, a new report reveals.

With nearly a half-trillion dollars in bonds, equity and other holdings tied to the fossil fuel industry, an analysis published Tuesday by the sustainability group Ceres says insurers should be evaluating their investment exposure to climate change risks.

Insurers “cannot afford to overlook this,” warned Cynthia McHale, director of the insurance program at Ceres.

According to McHale, insurers face a lot of uncertainty in damage payouts to customers, because they don’t know when, how often or how large those payouts will be. To ensure they have enough money to respond, insurers have historically been very conservative in their investments—and that’s usually meant a lot of investments in fossil fuel companies and utilities.

But these “carbon assets” are increasingly viewed as risky, she said. In the short term, major fluctuations in energy markets could put the value of these investments at risk.

In the long term, these assets could become obsolete if the world pivots away from fossil fuels in a bid to halt catastrophic climate change. According to a study published in Nature last year, about a third of oil reserves, half of natural gas reserves and more than 80 percent of coal reserves need to stay in the ground in order for the world to keep global warming to no more than 2 degrees Celsius above preindustrial levels, the goal of the Paris climate agreement. And if these resources are never extracted, they will be worthless.

While the Ceres study spotlights insurance, McHale also notes that carbon assets pose a risk to all investors. To this end, at the Paris talks last December, a new task force was launched that aims to guide companies on disclosing their climate-related financial risks. The task force is run by Michael Bloomberg, the billionaire former mayor of New York. Another member is Mark Carney, governor of the Bank of England; he has repeatedly spoken out about the particular risks climate change poses to the insurance industry.

In the Ceres study, McHale and her colleagues used publicly available information on company-owned bonds, funds and equity to determine how much money the country’s leading insurance companies had invested in fossil fuels and utilities by the end of 2014.

They found that most companies had 4 to 6 percent of their bond portfolios tied to oil and gas and a few, including Ameriprise, Lincoln National and Voya Financial, had up to 10 percent. Ceres calls these investments especially risky, since more than 70 percent of publicly traded oil and gas companies have had a credit downgrade in the last two years. Even oil giants Royal Dutch Shell, Total, Chevron and ExxonMobil were downgraded in February by Standard & Poor’s.

Insurers had even higher investments in electric and gas utilities, with two companies having at least 16 percent of their bond portfolios connected to those industries.

“This Ceres report has highlighted in a public fashion the exposure that [insurers have] to a carbon-intensive, or fossil fuel-dependent industry,” said Alex Bernhardt, head of responsible investment at Mercer Investments. Mercer released a study last June offering guidance for companies on how they could quantify their climate risks.

One area where insurers already appear to be paying close attention to the market is coal. Insurers had invested only $1.8 billion in coal by December 2014, a struggling industry that’s been plagued by bankruptcies, decreasing stock value and increased federal regulation. Since the start of the year, the nation’s top two coal companies, Peabody and Arch Coal, have declared bankruptcy.

According to California’s insurance commissioner Dave Jones, it’s too early to know if insurers are getting out of the coal industry for good. In January, Jones called on all 1,300 insurers operating in California to voluntarily divest from thermal coal this year. Jones told InsideClimate News he believes investments in coal “aren’t going to hold value” over time.

Earlier this month, Jones mandated that all major insurers operating in California disclose their fossil fuel investments to state officials by July. Jones is the first financial regulator to take this step. He thinks this will help insurers confront their climate risks—and he hopes other regulators in the insurance and banking industry will follow suit.

The Ceres report also revealed the insurance industry had already invested about $7 billion in clean energy companies—and recommended companies continue to expand their investments in that industry. 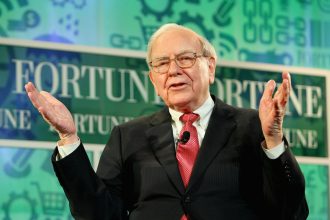 Warren Buffett Faces Pressure to Invest for the Climate, Not Just for Profit 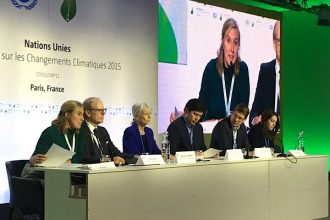 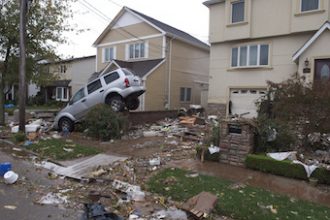