The drop in greenhouse gas emissions that accompanied the coronavirus stay-at-home orders might seem like the lone silver lining of the Covid-19 pandemic. But in California, the reduced demand for petroleum-based fuel has had one paradoxical consequence: Revenue from the state’s system for limiting carbon emissions plummeted last month, putting many of the “climate smart” agricultural programs it funds in jeopardy.

The state’s sale of the emissions allowances funds dozens of programs that support California’s climate goals, including a number of agriculture initiatives like Healthy Soils, which helps farmers restore microbes to damaged farmland and trap carbon underground. Healthy Soils recently awarded grants worth about $22 million to 316 projects.

“Most organic farmers that I know, our goal is not only to mine the soil, but feed the soil,” said Javier Zamora, owner of JSM Organic Farms. Zamora received a $42,000 Healthy Soils grant last year that funded the construction of a hedge row along one of his fields. The hedge prevents wind from eroding the topsoil, retains water and keeps pests at bay. He would have built it anyway, but with the Healthy Soils funding, he expects to have it done in a fraction of the time.

But such funding is now endangered by the decrease in revenue from cap-and-trade allowance auctions. The auctions normally generate between $600 million and $800 million in revenue. But proceeds from the most recent auction, in May, totaled just $25 million, making the auction the worst-performing since 2017, with 37 percent of the offered allowances sold, compared to 100 percent in each of the last three years.

Power plants and other emitters can “bank” their unused allowances, effectively saving them to put toward future emissions. The recent decline in emissions, along with the banked allowances, meant that many businesses’ recent carbon output was covered by the allowances they already owned and they did not have to buy more, decreasing auction revenue.

May’s auction result will only have an impact on this fiscal year’s programs, but the low revenue could signal trouble for the next auction in August and the allocation of funding in the upcoming budget, said Jeanne Merrill, the policy director of the California Climate and Agriculture Network.

The lack of funds may become a longer-term challenge for California’s climate smart agriculture programs if the August auction goes poorly. Some programs probably would not receive funding in the upcoming budget. And starting in January 2021, lawmakers will no longer be required to allocate money raised in the cap-and-trade auctions to climate-specific programs.

“If the state is in recession, you might imagine, next year, it will be quite tempting to use [those] funds for non-climate investments or programs,” Merrill said.

Katie Patterson, the California policy manager for the American Farmland Trust, said she has seen agriculture take on a new level of visibility since the start of the pandemic. She hopes its heightened presence will sustain public interest and help prioritize future funding for agriculture-related climate programs.

“Folks are talking about the essentialism of agriculture, the essentialism of small- and medium- sized farms and also the food structure, too: farm to food bank, farm to school,” she said. “So a lot of our food system’s work is being looked at in a much more thoughtful way, not by just policymakers, not by advocates, but by communities, people who walked into their stores and saw their food wasn’t there.”

PT Ranch saw their pasteurized meat sales double in recent months, said ranch manager Molly Taylor. Though she attributes the initial spike in business to the panic that arose when meat disappeared from supermarket shelves, sales have remained higher than before the pandemic. Taylor thinks it could be connected to the spread of Covid-19 in meatpacking plants.

“Even though the panic has subsided, I think people either have the time to consider their purchases more carefully now, or are genuinely concerned about losing localized and regional meat production in light of all of the issues with the more concentrated and consolidated packing plants,” she said.

Taylor plans to use the Healthy Soils grant she was awarded in May to better facilitate carbon capture on the ranch, through regenerative soil management practices like no-till farming and the use of cover crops. With a growing number of people interested in where their food comes from and becoming conscious of its carbon footprint, “one of the strongest stories we can tell about the production of food is through this lens of climate change mitigation,” she said.

Yet, in spite of the new conversations happening around the food system, some cap-and-trade-funded climate smart agriculture programs, including Healthy Soils, face an uncertain future.

About 65 percent of cap-and-trade revenue is already earmarked for specific programs, including the Sustainable Agricultural Lands Conservation or SALC Program, which the American Farmland Trust helped launch in 2015. The project has since enabled the permanent conservation of more than 112,000 acres of at-risk farmland in California, Patterson said.

It was the first program in the country to draw the nexus between climate change and farmland protection, she said. More programs targeting agricultural emissions in California—including Healthy Soils—soon followed.

Approximately 2 percent of the total cap-and-trade revenue is allocated to the SALC program, in a continuous appropriation every year. While the program itself is not in jeopardy, low revenue could reduce its funding by a quarter. Land protection groups like the American Farmland Trust may have to seek out alternative sources of funding to sustain SALC projects if cap-and-trade does not rebound quickly enough.

The 35 percent of auction revenue not designated for a specific program ends up in a “discretionary pot,” to be appropriated by the state legislature, Patterson said. If the proceeds remain lower than anticipated, some programs supported from that pool of money will not receive funding during the next fiscal year.

Of the programs that are not automatically funded, the governor has designated the Funding Agriculture Replacement Measures for Emission Reductions or FARMER Program, aimed at lowering diesel emissions from agricultural equipment, as among the highest priority, making it most likely to receive funding from the discretionary pot, Patterson said.

For programs given lower priority, such as Healthy Soils, the climate-friendly Alternative Manure Management Program (AMMP) and the Dairy Digester Research & Development Program, which helps farmers install onsite technology that captures usable methane from livestock manure, funding from cap-and-trade is far less secure. The American Farmland Trust is pushing for Healthy Soils to be prioritized as highly as FARMER and hopes to see AMMP, Dairy Digesters and other lower-priority programs receive funding as well, Patterson said.

The State Water Efficiency & Enhancement Program, an especially popular initiative intended to reduce farms’ water and energy use by upgrading their irrigation systems, was one of the programs given the lowest priority. The state has already announced that it will not be funded for the second year in a row, though the program’s 182 already-approved projects that are still being implemented will be seen through completion, according to Steve Lyle, director of public affairs at the California Department of Food and Agriculture.

Taylor, from PT Ranch, worked with the state to provide technical assistance to other farmers during last year’s Healthy Soils grant application period, long before the May cap-and-trade auction raised concerns about future funding for that program. She told growers that they could expect Healthy Soils to be in place every year, and that if they did not receive a grant this year, they could, and should, apply next year.

“I don’t know if we’re going to be able to hold their attention if it becomes a variable source of funding year to year, unpredictable and unreliable,” Taylor said. “It takes a whole year, sometimes, to plan for something like this. And for that planning to go totally out the window and then expect someone in two years to remember it’s there, or to trust that it’s going to come through—it takes a long time to establish this type of trust with growers.”

An earlier version of this article misstated the amount of funding that the Sustainable Agricultural Lands Conservation, or SALC program, receives from California’s cap-and-trade revenue. It is 2 percent of the total cap-and-trade proceeds, not 10 percent. The article also mischaracterized the groundbreaking nature of California’s Sustainable Agricultural Lands Conservation Program. It was the first program in the nation to draw the nexus between climate change and farmland protection, not the first in the state. The article also incorrectly included the Dairy Digester Research & Development Program among the highest priority programs funded by the “discretiionary pot” of auction revenue. 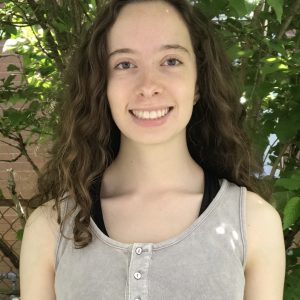 Nicole Pollack is a rising senior at Middlebury College majoring in environmental policy and minoring in food studies. A lifelong Ohioan with experience at Cleveland Magazine and Lake Erie Ink, she is focusing primarily on the Midwest while developing a senior thesis on Ohio’s energy future. She has worked on organic farms in Northeast Ohio and northern India and studied climate policy and environmental communication in New Zealand. She was a 2018 Middlebury Fellow in Narrative Journalism and currently serves as a news editor and environmental reporter for The Middlebury Campus.
Nicole can be reached at nicole.pollack@insideclimatenews.org and on Twitter at @nicoleepollack. 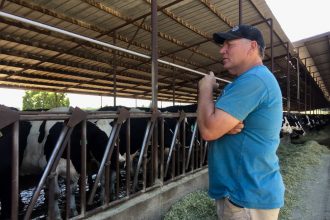 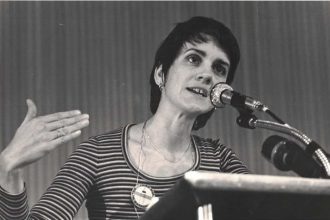