This story was updated with a lawsuit filed March 28 over the South Dakota law.

Bills to clamp down on pipeline protests have spread to at least nine new states this year, part of an industry-backed push that began two years ago to heighten penalties for activists who try to block fossil fuel infrastructure projects.

Several of the bills also allow prosecutors to go after people or organizations as “conspirators” or “riot boosters” for merely supporting or coordinating with others who violate the law.

The latest government move came on Wednesday in South Dakota—one of the states the planned Keystone XL pipeline is slated to cross—when Republican Gov. Kristi Noem signed a law that enables state and local governments, as well as “third parties,” to seek civil damages from people or organizations that engage in “riot boosting.”

Lawmakers in North Dakota, a hub of oil and gas development, also passed a bill this week that stiffens penalties for anyone who interferes with the construction or operation of pipelines and other “critical infrastructure.” Once the Senate approves some minor changes, it heads to Republican Gov. Doug Burgum, who has not said whether he will sign it.

The North Dakota bill was based on a law that was enacted in Oklahoma in 2017 and then circulated by the industry-backed American Legislative Exchange Council (ALEC). Versions of that legislation have now been introduced in at least 15 states, three of which have enacted it: Oklahoma, Louisiana and Iowa. A version of the bill passed the Indiana legislature this week, too, though the Senate there must also approve some amendments before sending it to the governor.

While the details vary from state to state, the bills generally increase penalties for trespassing on or tampering with a range of facilities, including pipelines, oil storage tanks, railroads and utility infrastructure. Several of them, including North Dakota’s, also include language assigning higher penalties—up to $1 million in some cases—for any group found to be a conspirator in violating the law.

The South Dakota law is different. Rather than imposing new penalties for interfering in pipeline construction, the bill enables state or local governments—or a third party working with government—to seek compensation from anyone who engages in “riot boosting,” which includes encouraging or directing someone to engage in a riot, defined by the state as the use of force or violence by three or more people acting together.

Someone can qualify as a “riot booster” even if they reside out of state and act indirectly “through any employee, agent or subsidiary.” Anyone found liable would be responsible for three times the ordinary penalty.

The bill was introduced at the end of the legislative session and approved over the course of four days, with only one hearing.

Environmental and civil liberties advocates, as well as many Native American tribes, say the bills are an attempt to stifle legitimate protest by creating harsh penalties for minor infractions and by trying to scare off advocacy groups. An organization that holds a nonviolence training, for example, might be targeted under the law if attendees are later part of a protest that ends in a clash with private security forces or police.

“‘Riot boosting’ is an unusual and new term. You might be asking yourself what that means, and I think protesters will too,” said Vera Eidelman, an attorney with the American Civil Liberties Union who has tracked the bills. “I think it poses a unique threat to speech and appears to be targeted at protests. It uses words like ‘encouraging’ and ‘advising’ that are very broad and refer to a category of protected speech.”

On Thursday, the ACLU sued South Dakota officials in federal court on behalf of indigenous and environmental groups, arguing that the new law and two related statutes violate the Constitution by suppressing free speech and failing to describe what actions could qualify as violations. In a statement, the group said “such vague and broad language invites arbitrary enforcement, will chill protected speech, and will result in indiscriminate targeting of peaceful organizers.”

The legislation is part of a wave of state bills introduced across the country since President Donald Trump’s election in response to high-profile protests like those against the Dakota Access Pipeline on the Standing Rock Reservation in North Dakota in 2016 and 2017.

Oklahoma state Rep. Scott Biggs said he was responding to those protests when he introduced a bill in 2017 to impose harsh penalties on people or groups who interfere with “critical infrastructure.” After ALEC adopted the bill as model legislation, versions quickly spread across several states with active pipeline projects.

The bills’ supporters have said they make it easier for prosecutors to go after protesters or vandals who violate the law, and that they do not target free speech.

Advocates have pointed out that the actions in question—trespassing, vandalism—are already covered by existing laws. Instead, they say, the aim of the bills is to intimidate protesters who draw attention to their concerns through civil disobedience, including minor infractions like blocking the gates of construction sites. Advocates say these protests are part of a long tradition of American civil disobedience dating back to the Boston Tea Party.

Energy companies and associations have supported the bills and have continued to push the legislation this year, according to documents compiled by Greenpeace.

TransCanada, the Canadian company behind the Keystone XL pipeline, registered its support for the bill this year in Missouri along with the American Fuel and Petrochemical Manufacturers and other industry groups. In Illinois, TransCanada was joined by Enbridge and Energy Transfer, two other leading pipeline developers, as well as the American Petroleum Institute.

Sen. Janne Myrdal, who sponsored the North Dakota bill this year and is a member of ALEC’s energy task force, did not respond to requests for comment. But she told the Associated Press that she introduced the bill in response to a protester who in 2016 broke into a control site for the existing Keystone pipeline that cuts through the state and manually closed one of the valves.

“There was frustration from law enforcement and residents that there wasn’t enough teeth in current law to go after these people and the organizations that support them,” she said.

The protester, Michael Foster, was convicted and sentenced to three years in prison, though two of those years were suspended. He ended up serving about half a year.

In South Dakota, Gov. Noem’s office did not answer emailed questions about TransCanada’s role in drafting the bill, but Noem said in February that she had met with representatives of the company to discuss her legislative package, which also includes a bill that requires pipeline developers to contribute to a fund that would help pay for government costs associated with construction.

“I fully support the freedoms of speech and assembly, but we must also have clear expectations and the rule of law,” Noem said in a statement issued Wednesday. “My pipeline bills make clear that we will not let rioters control our economic development.”

Terry Cunha, a spokesman for TransCanada, said in an email that “we appreciate the efforts of Governor Noem and her administration to help advance Keystone XL construction and other pipelines,” adding that “any legislation that deters unlawful activities and encourages the advancement of critical infrastructure projects is a positive step.”

Is It Stifling Dissent?

Some activists say the bills are part of a wider effort by the oil and gas industry and its allies in government—through lawsuits, public relations campaigns and legislation—to paint protesters as criminals and even terrorists.

“All of these things I think incorrectly mischaracterize protesters and respond to a powerful pushback against pipelines and other protests, not by trying to engage on the issues but by trying to stifle dissent,” Eidelman said. “I think this is really part of a broader trend.”

Last year, the ACLU sued the federal government, accusing several agencies of withholding documents detailing preparations for the potential construction of the Keystone XL pipeline. The group had submitted records requests seeking information about the preparations, and the documents that did emerge, mostly from state agencies, showed that law enforcement agencies were conducting trainings for potential protests. The ACLU said the activities risked treating activists as criminals even before protests broke out. State officials have said they are simply doing their jobs.

In January, The Intercept reported on similar concerns in Minnesota, where police had been preparing for a year and a half for protests against Enbridge’s proposed Line 3 pipeline expansion project by identifying groups opposed to construction and monitoring some activists.

The ACLU and other civil liberties groups said they are continuing to evaluate the state bills and considering whether they may challenge them as unconstitutional. So far, Louisiana is the only state where protesters have been arrested under the new laws. Bill Quigley, a lawyer who is representing several of the activists, said prosecutors have two years to press charges and have yet to do so. 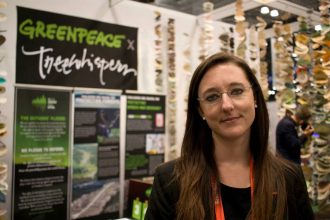 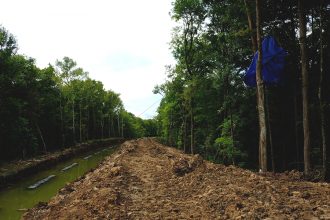