From dubious claims about bamboo-based products to climate funds that are not quite what they seem, regulators have been increasing their scrutiny of corporate claims to be green.

Financial watchdogs worldwide have been taking aim at so-called “greenwashing” as investing in line with environmental, social and governance (ESG) principles surges in popularity.

During a punishing first three months of the year for markets, assets held in sustainable funds fell by 4 percent, according to research agency Morningstar. They still proved more resilient than the wider U.S. market, though, where assets fell by 6 percent during the quarter.

But investors might not be getting what they think they are paying for. While some markets have long had unambiguous rules about which eco-claims are acceptable—“organic” food, for example, must meet very strict labeling criteria—the situation with ESG funds is less clear cut.

That has enabled some fund managers, eager for investor cash, to overstate their ESG credentials. Now, however, financial regulators are fighting back.

In March, Joe Longo, the chair of the Australian Securities and Investments Commission (Asic), said his agency was looking closely at fund managers that offer green products to check that they actually do what they claim.

Company boards, he said, also had to assess whether their businesses’ environmental disclosures and green product promotions accurately reflected corporate practices. Greenwashing, he added, was “very much in our sights.”

Singapore, too, is probing the overlap between practice and promotion. It is developing ESG requirements covering investment funds’ names, prospectuses and disclosures.

“We expect asset managers to ‘walk the talk’ and ensure that their sustainability commitments reflect actual capabilities and practices on the ground,” said Tan Keng Heng, executive director of the country’s Monetary Authority, in January. “Greenwashing poses a real and present danger to our collective efforts to date and ambitions in the long run.”

Other regulators are using rules already in place to target companies over greenwashing.

A draft recommendation from the U.K.’s Advertising Standards Authority, for example, recently proposed a warning for HSBC about advertisements touting its green accomplishments.

These ads—which were displayed at bus stops last year—said the bank was financing clients’ net zero initiatives and planting lots of trees to capture carbon. The ASA draft said that people seeing them would conclude that HSBC was making “a positive overall environmental contribution as a company”—whereas, in fact, it also finances companies with big carbon footprints.

Some watchdogs have already taken action.

Last month, the Securities and Exchange Commission sued Brazilian miner Vale for allegedly making false and misleading claims before the fatal collapse of the Brumadinho dam in 2019. Vale, it said, had misled investors and the public through its ESG disclosures. The company is fighting the SEC’s complaint in court.

The Vale case may be a harbinger of more to come. The SEC has set up a task force in its enforcement division to hunt for material gaps or misstatements in climate risk disclosures.

According to Christina Thomas, a former SEC staffer who is now a partner at law firm Mayer Brown, the task force is “not only focused on public companies but also looking at investment advisers as well.” Following the Vale complaint, it is “certainly looking for more cases,” she added.

Separately, SEC chair Gary Gensler has said the regulator is working on a rule that will require funds with names containing terms such as “green” or “sustainable” to disclose how their investments satisfy those descriptions.

For ESG, “there’s currently a wide range of what asset managers might mean by certain terms and what criteria they might use,” noted Gensler. “It’s easy to tell if milk is fat-free, it might be time to make it easier to tell whether a fund is really what they say they are.”

And the SEC is not the only Washington agency targeting greenwashing this year.

Last month, the Federal Trade Commission fined retailers Walmart and Kohl’s for allegedly marketing dozens of rayon textile products as being made of bamboo. Both companies were charged over claims that these “bamboo” textiles were produced using eco-friendly processes.

Across the Atlantic, meanwhile, the EU is working on standards for green bonds, both to encourage investment in sustainable projects and reduce the risk of greenwashing. In February, the European Securities and Markets Authority (Esma)—which will play a key role in supervising the bonds—said tackling greenwashing would be a priority for 2022-2024.

Since then, the International Organization of Securities Commissions—a Madrid-based coalition of stock market enforcers including the U.K.’s Financial Conduct Authority—has also promised to combat greenwashing.

“We need everyone in the securities sector to work with us now to promote good practices and call out greenwashing,” says Rodrigo Buenaventura, the head of Spain’s securities regulator, CNMV. “Building trust through high standards of behavior is critical so that investment products described as sustainable actually are.”

This story originally appeared in the May 23, 2022 edition of The Financial Times 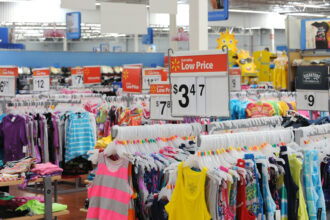 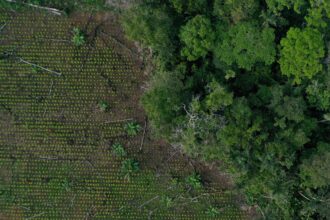 New Reports Show Forests Need Far More Funding to Help the Climate, and Even Then, They Can’t Do It All