An estimated $283 billion in potential liquefied natural gas projects could be dropped or deferred over the next decade if the world limits carbon emissions to current targets, according to a new report on natural gas investment risk.

The conclusion challenges the growth plans of most of the world’s top 20 LNG companies, but it’s of particular concern for investors in Royal Dutch Shell, Chevron, ExxonMobil, and BG Group, the British oil and gas majors. Those four producers are considering new LNG projects that would cost $93 billion—a third of the total project spending that could be at risk, according to the report by the Carbon Tracker Initiative, a London-based think tank.

Under a scenario where climate goals are met, all but 3 percent of expected LNG demand to 2025 can be met by gas projects that companies have already built––or are committed to building—the report said. The need for additional LNG supplies would continue to be restrained for another decade after that.

“Some companies are betting on big growth in LNG capacity…if new supply is not needed for another decade, this could leave companies seeing much lower levels of activity,” the report said. The crunch would hit hardest in the United States, Canada and Australia, home to the largest share of the potentially unneeded LNG projects.

LNG is natural gas that has been cooled to minus 260 degrees Fahrenheit to convert it to a liquid, compressing the volume so special ships can carry large amounts to overseas customers. Upon arrival, an LNG import terminal converts the liquid back into natural gas, and sends it to customers through pipelines.

On the climate front, natural gas remains preferable over burning coal, but that assessment becomes questionable if the industry doesn’t substantially curtail widespread leaks and intentional burn-off of methane, a much more potent greenhouse gas than carbon dioxide.

Carbon Tracker’s report focuses just on the market for LNG, which accounts for about half of the global market for natural gas. Comparisons with more traditional natural gas reserves and projects are difficult, because prices are based on regional market characteristics and not subject to global prices or supply-and-demand conditions.

Based on Carbon Tracker’s research, new LNG projects would need to deliver natural gas at a cost below about $10 per million BTU to break even.

“There is a risk for LNG projects in the price, and the price of LNG has fallen dramatically since last summer,” said Andrew Grant, lead analyst and co-author of the Carbon Tracker report. Based on purchase prices in Japan, LNG was selling for an average of $7.60 per million BTU in April, less than half the sale price a year earlier.

The projects most at risk under Carbon Tracker’s low-demand scenario are developed enough to be in the pipeline of potential investments, but they have not yet won a formal go-ahead by their company sponsors. But, Carbon Tracker warns, “Any new gas plants being approved now may have a limited lifetime.”

The biggest impact would be on BG and Shell, which would be merged under a nearly $70 billion buyout proposed by Shell in April. The combined company would have nearly $59 billion in potentially unneeded LNG projects, according to Carbon Tracker.

Chevron has $17.8 billion in potentially excess LNG projects, and ExxonMobil has $16.4 billion, the report said.

Carbon Tracker has produced a series of reports examining the spending plans of fossil fuel companies. The research highlights projects and reserves that could lose their value, either because of international efforts to curb global warming or because of related shifts in demand and pricing. In such cases, companies could be wasting investors’ money on assets that are likely to become economically stranded, according to Carbon Tracker.

The reports test company plans for new projects against a low-carbon or low-demand scenario where global leaders restrain carbon emissions enough to keep warming to 2 degrees Celsius above pre-industrial levels. Under that scenario, there’s a limited budget for carbon emissions.

Previous reports looked at whether company investments in oil and coal could be a waste of money if there is a concerted effort to rein in fossil fuel emissions and climate change.

“For the gas industry, there is some good news, as unlike like oil and coal, there is still some limited room for growth even within the [2-degree Celsius] budget,” said Anthony Hobley, Carbon Tracker’s chief executive. “Unfortunately for the industry, this is not anywhere near as much as it projects, and certainly does not suggest a golden age of gas.” 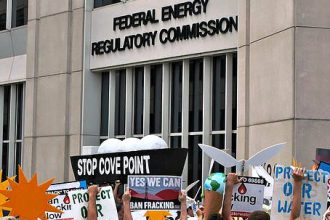 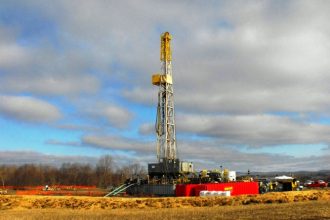 Race Is On to Export America's Gas Supply