The CEO of Mobil Corporation warned in 1982 that burning Canadian oil sands fuels could lead to a buildup of carbon dioxide in the atmosphere with calamitous effects. His concerns provide further evidence that oil industry executives were aware of the climate impact of their products decades ago, and of the dangers of exploiting unconventional reserves with a higher carbon footprint.

Mobil’s chief executive, Rawleigh Warner, Jr., took notice of the increasing production of tar sands, oil shales and liquefied coal in an article published by the United Nations Environment Program. He was writing 15 years after Suncor Energy began producing oil sands from the first large-scale mine in Alberta, and less than a decade after the Arab oil embargo propelled industry to search for alternative fuels.

“The switch to heavier fossil fuels has already caused much popular concern, primarily seen in some nations’ fear of the effects of acid rain,” he wrote, “and the general fear that excessive use of these fuels may so build up carbon dioxide in the atmosphere that the earth’s temperature may increase, with some disastrous consequences.

“Both of these fears should be seriously addressed.”

His advice was not heeded. Development of the oil sands continued in subsequent decades and boomed after the turn of the century.

Mobil merged with Exxon Corporation in 1999 to form the world’s largest oil company. ExxonMobil subsidiary Imperial Oil is now a leading producer of fuels from Canadian oil sands. Exxon did not respond to questions for this article.

At the time Warner published his article, scientists from Mobil, Exxon, Texaco, Shell and six other oil companies were collaborating on a climate change task force of the American Petroleum Institute that operated from 1979 to 1983, an InsideClimate News investigation revealed. Some also ran their own in-house research units; of those, Exxon’s CO2 program was the most ambitious. By the late 1980s, Exxon, Mobil and most of the task force companies had joined campaigns to stall climate regulations and manufacture doubt about global warming science.

Warner, who died in 2013, served as Mobil’s chairman and CEO from 1969 to 1985. His 1982 comments appeared in a three-page article titled “Energy and the environment: the next decade,” published by UNEP Industry and Environment. The journal, now discontinued, was a publication of the United Nations Environment Program, founded in 1972 to promote sustainable development. UNEP cofounded the Intergovernmental Panel on Climate Change (IPCC) in 1988.

A copy of Warner’s article was obtained from Harvard University’s Lamont Library.

In it, Warner expressed optimism that the oil industry could meet global energy needs while minimizing oil spills and releases of toxic gases. He promoted Arctic drilling as a solution to dwindling U.S. oil reserves and said the industry could handle the associated environmental challenges. The article touched briefly on CO2, listing it alongside acid rain as one of the “new issues” that “need to be carefully monitored, and action taken if necessary.”

“As for the so-called ‘greenhouse effect’ of carbon dioxide buildup,” he wrote, “I recognize that this too may become a serious issue for the future.

“But I believe such international efforts as UNEP’s Earthwatch international surveillance network, and studies by government agencies and such prestigious institutions as the National Academy of Sciences in the United States, can supply us with the information to deal with this problem well before the catastrophic consequences which some predict can happen.”

Warner’s article noted that the 1980s would usher in an era of increased fossil fuel production, particularly of coal and synthetic fuels such as liquefied coal, tar sands and oil shale.

“Venezuela is preparing to make large investments in producing heavier oils from the Orinoco tar belts, Canada should get some increased oil production from the Athabasca tar sands and a long list of countries—including the United States, Australia, the Soviet Union, Morocco and Brazil—have either taken steps to produce oil from shale in this decade, or contemplate doing so,” Warner wrote.

Like Warner, Exxon’s scientists had also recognized by that time that growing use of carbon-intensive fossil fuels would speed up global warming. According to Exxon’s calculations, the extraction and burning of oil shales would release 1.4 to 3 times more carbon dioxide than conventional oil.

In a 1981 speech before the U.S. Chamber of Commerce, Exxon senior vice president Randall Meyer said a thorough investment in synfuels could yield 15 million barrels a day for 175 years.

Ultimately, a lack of federal funding and high costs stymied Exxon’s hope for a major synfuels program, but the company’s investments in Alberta oil sands proved lucrative. The company has invested in Alberta’s oil sands since the 1970s, when subsidiary Imperial Oil began developing the Cold Lake project, one of the largest in-situ mining operations in Canada.

According to its annual reports and other business filings, ExxonMobil had 1.87 billion barrels of tar sands reserves in 2008—more than five times what the company held in 1982, the year Warner published his article.

Overall, tar sands production in Canada has grown more than 20-fold since then, too, and ExxonMobil is one of the leading producers. Extracting and processing the oil releases about 17 percent more CO2 than conventional crude oil. The industry’s outsized carbon footprint has led to increased scrutiny as activists fight fossil fuel projects.

In his article, Warner expressed support for two types of fuel that do not contribute to the greenhouse effect: nuclear power and renewable energy. Solar energy, he wrote, has “major potential. Biomass conversion, along with wind and tidal power, may also play a role” in the world’s future energy mix.

Written six years before the creation of the IPCC, Warner’s article also reveals his trust in the UN and federal scientists on climate research, in stark contrast to the oil industry’s subsequent stance. In 1989, Exxon helped create the Global Climate Coalition, a group of fossil fuel and manufacturing interests—including Mobil—that questioned the scientific consensus on human-caused global warming and the integrity of the IPCC process.

In 2001, ExxonMobil lobbyist Randy Randol sent a memo to the Bush-Cheney White House complaining about three federal climate scientists he called “Clinton/Gore carryovers with aggressive agendas.” By 2003, all three scientists had left their government jobs. The GCC’s efforts and ExxonMobil’s lobbying also played a key part in president George W. Bush’s decision to pull the U.S. out of the Kyoto Protocol, an international agreement to curb carbon emissions. 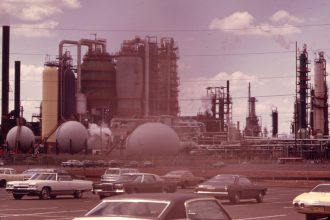 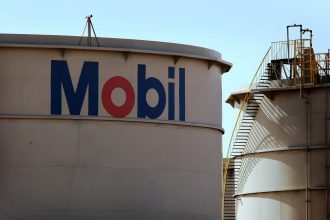 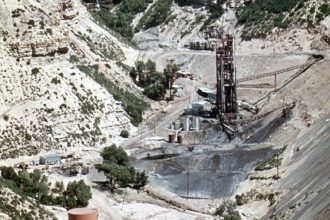 Highlighting the Allure of Synfuels, Exxon Played Down the Climate Risks