A new coalition of state attorneys general gave vocal notice to fossil fuel companies on Tuesday that obfuscating the realities of climate change has put ExxonMobil and its peers under the searchlight of a broadening multistate investigation.

Announcing an alliance of top state law enforcement officers to press for urgent climate action on multiple legal fronts, New York Attorney General Eric Schneiderman was joined by six of his counterparts, their ranks bolstered by aides from nine additional states and the District of Columbia. The group met in New York to plan strategies and share information.

One after another, the top legal officials from Vermont, Virginia, Massachusetts, Maryland, Connecticut and the Virgin Islands vowed to hold fossil fuel companies accountable if their words and deeds on climate change had crossed into illegality.

“The First Amendment, ladies and gentlemen, does not give you the right to commit fraud,” said Schneiderman, who in November issued a subpoena to ExxonMobil under the state’s far-reaching securities and consumer protection statutes.

“Every attorney general does work on fraud cases, and we are pursuing this as we would any other fraud matter. You have to tell the truth, you can’t make misrepresentations of the kinds we’ve seen here,” he said on Tuesday. “The scope of the problem we are facing, the size of the corporate entities and their alliances, the trade associations and other groups, is massive and it requires a multistate effort.”

well. Schneiderman later suggested that it involved Exxon, and also said that California has undertaken a probe of Exxon, although that state’s attorney general, Kamala Harris, was represented by staff.

All of those attorneys general are Democrats, and as the group stood at a podium bearing the words “AGs United for Clean Power” they made clear that their agenda also extended to supporting the centerpiece of President Obama’s climate policies, the Clean Power Plan. The group wrote a brief defending those regulations, which have been put on hold by the Supreme Court pending litigation at a federal appeals court in Washington, D.C.

“Everyone from President Obama on down is under a relentless assault from well-funded, highly aggressive and morally vacant forces that are trying to block every step by the federal government to take meaningful action,” Schneiderman said. “So today we are sending a message that at least some of us, actually a lot of us, in state government are prepared to step into this battle with an unprecedented level of commitment and coordination.”

Schneiderman has demanded that Exxon turn over documents on climate science research and communications covering a span of almost four decades. He acted after InsideClimate News and the Los Angeles Times disclosed decades-old documents describing Exxon’s early understanding of the emerging science of climate change.

“The investigations targeting our company threaten to have a chilling effect on private sector research,” Exxon’s vice president of public and government affairs, Suzanne McCarron, said in a lengthy statement on its website. The company also responded on Twitter, saying the allegations of climate deceit are “preposterous” and “politically motivated and baseless,” and that it is assessing its legal options.

The attorneys general were joined by former vice president Al Gore, who predicted that the formation of their alliance would be a turning point.

“Those who are using unfair and illegal means to try to prevent the change are likely now, finally, at long last, to be held to account,” he said.

Gore compared the activities of Exxon to the tobacco industry in the 1990s, conduct that also faced a legal onslaught sparked by state attorneys general.

It’s a similarity that Gore said “may well hold up rather precisely.”

Gore and Schneiderman called it unconscionable that the fossil fuel industry has spent millions of dollars on polished public relations campaigns to muddle the truth, employing legions of lobbyists to stymie regulation and financing organizations devoted to discrediting prevailing climate science.

For all the saber-rattling, the attorneys general did not describe any specifics of their investigations. Schneiderman noted that each state’s laws and powers are different, and said that law enforcement officials preferred not to show their hands, at least for now.

Nor was there any sign of federal participation in the alliance.

Demands for a federal investigation of Exxon have come from federal and state lawmakers, the Democratic presidential candidates, environmentalists and climate scientists. So far, the U. S. Department of Justice has asked the FBI to evaluate whether the company’s actions might justify legal action under RICO, the federal Racketeering Influenced and Corrupt Organizations law, which is aimed at illegal conspiracies.

In his remarks, Gore praised InsideClimate News and cited the L.A. Times and the Columbia School of Journalism for their investigative reporting that, after independent investigations, reached similar conclusions about Exxon’s role in climate research and its attempts to undermine the consensus on climate science.

“The facts that were publicly presented in those series of articles that I have mentioned are extremely troubling,” Gore said.

Schneiderman said he was not surprised that Exxon and the fossil fuel industry would fight back.

“It’s too early to know what we’re going to find with Exxon, but we intend to work as aggressively as possible, but also as carefully as possible,” he said.

“We’re very aware of the fact that everything we do here is going to be subject to attack by folks who have a huge financial interest in discrediting us,” he said. “So we’re going to be aggressive and creative but we’re also going to be as careful and meticulous and deliberate as we can.”

All of the attorneys general talked about the impact of climate change on their states, including flooding, severe weather and sea level rise. Climate change is already responsible for significant and worsening damages, they said.

“Our natural resources are the lifeblood of our state’s economy and our quality of life,” said Attorney General Janet Mills of Maine, who was not at the podium but issued a supportive statement.  “Global climate change demands immediate action and I am committed to using the authority of my office to address the problem in a meaningful way.”

The speakers faulted partisan politics in Washington for slowing efforts to fight global warming and for allowing the fossil fuel industry almost free rein to deceive the public about the harm of global warming.

“We can stand up and take action where others will not,” said Connecticut Attorney General George Jepsen.

The full press conference is here: 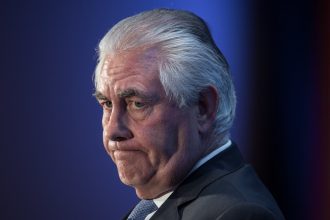 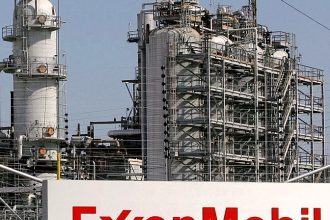