War has been good for U.S. companies that liquefy natural gas and send it overseas in giant, ocean-going vessels, raising the possibility of a significant climate liability, according to an environmental nonprofit that’s been tracking LNG trends across the country.

Since the Russian invasion of Ukraine on Feb. 14, there has been a bustle of business activity, as American companies have secured at least nineteen agreements to supply nearly 24 million tons of LNG per year, the Environmental Integrity Project reported in a report released on Thursday.

At least a quarter of that would go to European buyers facing an energy market in turmoil caused by Russia’s aggression. In addition to those 19 agreements, construction continues on four new LNG export terminals expected to begin operating by 2026.

“There is a strong financial incentive for LNG now,” said Alexandra Shaykevich, the Environmental Integrity Project’s research manager and a co-author of the report, “Playing with Fire: The Climate Impact of the Rapid Growth of LNG.”

“Natural gas prices are high, and that enables them to move quickly with these projects, after a delay during Covid,” she said. “The flurry is noteworthy. I haven’t seen anything like this in the last couple of years.”

The environmental group maintains Oil and Gas Watch, a website that monitors oil and gas-related projects in the United States.

LNG produced in the U.S. is exported from seven terminals that were built or expanded within the last decade—three in Louisiana, two in Texas and one each in Georgia and Maryland. These facilities have the capacity to produce up to 104.5 million tons per year of LNG and are authorized to emit up to 28.3 million tons of greenhouse gases per year, according to the report.

In all, the Environmental Integrity Project counts 25 LNG projects that are either under construction or in the planning stages. Combined, these facilities could boost annual greenhouse gas emissions by more than 90 million tons per year, or the equivalent of 18 million gasoline-powered cars, according to the environmental group. That number does not include emissions released from drilling and piping the gas to the export facilities, or ultimately burning the gas at power plants, homes or businesses.

An industry expert at Louisiana State University said it remains uncertain how many of the planned projects will secure the permits and financing they need for such an industry build-out. An LNG export facility can cost billions of dollars.

Investment decisions are driven by buyers’ willingness to sign contracts for the gas, but it appears the pace of new contracts may actually be starting to slow down, said David Dismukes, professor and executive director of the Louisiana State University Center for Energy Studies. If it picks back up, “then you will start seeing additional final investment decisions on projects. Otherwise, we may get one or two (new projects), but that’s probably it for now.”

The high price and availability of natural gas also could raise countervailing pressures, such as policy questions about whether the federal government should suspend exports to boost domestic supplies, Dismukes said. “I don’t think we’re there yet,” he added.

But he said that a long, hot summer with electrical outages could make concerns about expanding exports more problematic.

Also, U.S. manufacturers have been urging the Biden administration to save more natural gas for domestic purposes, to help ease inflation.

LNG liquefaction and export terminals take natural gas and super-cool it to minus-260 degrees Fahrenheit, converting it to a liquid. The energy-intensive process shrinks the gas volume by about 600 times. A single vessel that serves markets in Asia, South America or Europe can hold enough gas to heat and power tens of thousands of homes for a year.

There’s been wide agreement from environmentalists and industry experts that U.S. exports of the fuel have been at or near capacity. Shaykevich said that’s still pretty much the case, but the industry is continuing to expand, driven by profits and what appears to be an increasingly favorable regulatory environment.

President Biden has pledged to increase exports of LNG to help reduce Europe’s reliance on Russian fossil fuels. The president has said he would seek to boost exports through 2030, and have the federal government act “expeditiously” on LNG-related permits. The nation’s top exporter of liquified natural gas, Cheniere Energy, has also been using Russia’s war on Ukraine to pressure the Biden administration to give it a break on regulations aimed at reducing toxic air emissions at its LNG export terminals in Louisiana and Texas.

In late May, Venture Global LNG announced it had closed on a $13.2 billion financing plan with some two dozen lenders across multiple continents for the first phase of its new Plaquemines LNG export terminal south of New Orleans.

At the time, Mike Sabel, CEO of Venture Global, said speed is essential. “The project has attracted robust financial and commercial support which has enabled us to formally sanction this project at a critical moment for energy markets,” he said in a press release. “Speed matters more than ever and Venture Global is uniquely positioned to quickly bring U.S. LNG to the market to support global energy security and environmental progress.”

Also in May, Sempra Energy agreed to supply 3 million metric tons of LNG per year to Poland from its Cameron LNG facility already operating in southwest Louisiana and from its planned Port Arthur LNG terminal, and announced it would sell another 2.25 million metric tons to a German energy company. Sempra CEO Justin Bird cited the importance of “energy security of America’s allies in Europe while also accelerating the transition to a lower-carbon future.”

Sempra is among the companies also saying it will use carbon capture and sequestration technology to shrink carbon footprints. The company, for example, made that announcement in late May for a facility in southwest Louisiana, earning praise from Louisiana Gov. John Bel Edwards, a Democrat whose administration has a climate action plan with a goal of reaching net-zero greenhouse gas emissions by 2050.

“As Louisiana pursues a goal of net-zero emissions by 2050, projects like the proposed Hackberry Carbon Sequestration facility that feature carbon capture and sequestration allow our state to sustain industry without sacrificing our long-term carbon-reduction goals,” the governor said in a press release.

“Many of these projects involve pumping carbon dioxide underground, a largely untested and questionable technique that has never been demonstrated to work with LNG,” the report concludes. “Federal subsidies and tax credits could encourage sequestration projects. But their potential success remains uncertain for technical reasons and are unlikely to make a significant dent in reducing climate impacts, even if they do move forward.”

On the ground, the LNG companies face continued resistance.

“We won a victory there and we are continuing to find ways to fight this,” said John Beard Jr., a former oil refinery worker and former Port Arthur City Council member who makes an environmental justice case against the continued development of petrochemical and fossil fuel industries in the Port Arthur area.

“Sure, lots of money can be made by these companies, but at whose expense? Ours,” Beard said Wednesday.

“We are in one of the great fights of the age,” he said. “We are fighting to save the planet and save humanity.” 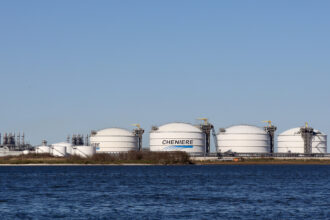 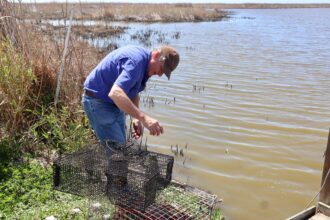 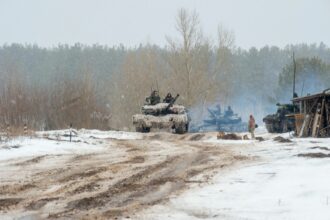