The Trump administration is proposing changes to federal regulations that could fast-track the approval of natural gas pipelines and other energy infrastructure. Environmental advocates say the move will weaken the ability of states and tribes to protect their waters.

The proposed changes to Clean Water Act permitting rules, announced Friday by the U.S. Environmental Protection Agency, would limit the amount of time states and tribes can take to review new project proposals to a “reasonable period” of no more than one year, with the definition of “reasonable period” left to federal agencies to determine and the clock starting from the inital request for a permit, with no pauses or restarts.

It also would limit states to considering only water quality and allow the federal government to override states’ decisions to deny permits for projects in some situations.

“This proposed rule change would hobble the most important tool that states have to protect significant waters, from prized trout streams to essential drinking water sources,” said Bradley Campbell, president of the Conservation Law Foundation.

States need time and access to information to properly analyze the potential water quality impacts of proposed infrastructure projects, particularly pipelines. “Putting limitations on that and the types of information they can consider is a problem,” said Matthew Gravatt, deputy legislative director for the Sierra Club.

Gravatt said the changes also would limit states’ authority to protect their waterways from effects such as erosion and sedimentation by restricting their permit decisions to only considering the potential for discharges into the water from a point source. When Washington state rejected a water quality permit for a coal terminal in 2017, it cited several environmental repercussions of the project, including air pollution and the findings in an environmental impact statement that included climate change.

The proposed rule changes follow an executive order President Donald Trump issued in April directing his administration to accelerate and promote the construction of pipelines and other energy infrastructure.

Specifically, Trump directed the EPA to propose revisions to the rules for permits issued under Section 401 of the Clean Water Act, which gives states and some tribes the authority to assess the potential impact infrastructure projects might have on rivers and other navigable waters within their borders.

“Our proposal is intended to help ensure that states adhere to the statutory language and intent of [the] Clean Water Act,” EPA Administrator Andrew Wheeler, a former fossil fuels lobbyist, said in a written statement. “When implemented, this proposal will streamline [the] process for constructing new energy infrastructure projects that are good for American families, American workers, and the American economy. ”

“A well-defined timeline and review process for water quality certifications are integral to developing infrastructure that reliably provides clean and affordable energy to American families and businesses every day,” said Robin Rorick, vice president of midstream and industry operations at the American Petroleum Institute.

“President Trump and EPA Administrator Wheeler like to tout that this administration has made ‘crystal clear water’ a top priority,” Carper said in a written statement. “But the only thing today’s proposed rule makes crystal clear is that this administration prioritizes the false promises of ‘energy dominance’ over clean water, even if it means defying the intention of Congress, undermining the Clean Water Act and abandoning all pretense of cooperative federalism to do so.”

The EPA’s plan conflicts with decades of legal precedents, said Jennifer Danis, a staff attorney at Columbia Law School’s Environmental Clinic. “There is a vast body of precedent that confirms the critical importance of states’ primacy over and expertise in protecting their own waters,” she said.

Carper and two other Democratic senators, Tammy Duckworth of Illinois and Cory Booker of New Jersey, expressed similar views in a letter to the EPA following Trump’s executive order this spring.

“Our concern is that your purported deference to states and tribes flies in the face of your mandate to speed up federal permitting, and there is nothing cooperative about robbing states and tribes of the time and careful analyses they require to protect their invaluable water resources,” the senators wrote.

Significant delays in pipeline projects due to state water permits are rare, with most projects certified by the state and federal regulators within a year, Danis said.

“I think any delays in the large gas infrastructure projects are largely a result of shoddy and incomplete applications or route selection that’s going to imperil fragile and protected resources,” she said.

Wheeler, in an interview with the Wall Street Journal, pointed to the Constitution Pipeline, a proposed 124-mile pipeline that would transport natural gas from Pennsylvania into New York, as an example of a pipeline that was stopped. The project was denied a water quality permit by state officials in New York, a decision that has since been appealed by the Williams Companies, Inc., the project developer.

Christopher Stockton, a spokesperson for the company, praised the  proposed rule changes.

EPA will accept public comment on the proposed rule changes for the next 60 days. In his executive order, Trump wrote that the EPA should have the rule change finalized by May 2020. 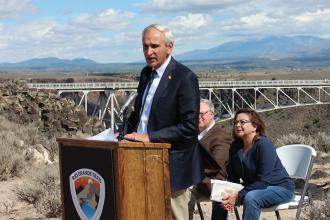 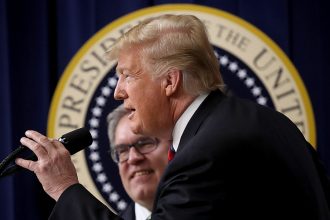