In the 1970s, Denmark was addicted to oil, burning petroleum not only to power its cars but also to generate electricity. Forty years later, the country is rapidly gaining on a mid-century goal of being fossil fuel-free, thanks partly to a policy that gives Danish citizens the legal right to own a stake in wind farms.

More than 40 percent of the country is now powered by wind, up from less than a quarter a few years ago, and compared to only 5 percent in the United States.

American journalist Justin Gerdes moved to Copenhagen in 2008 to work for a climate think tank in need of a native English speaker. During a little over a year in Denmark and on subsequent reporting trips he has met with countless policymakers, companies and entrepreneurs leading Denmark’s transition to a clean energy economy. The result is a new ebook, Quitting Carbon: How Denmark Is Leading the Clean Energy Transition and Winning the Race to the Low-Carbon Future.

Gerdes spoke with InsideClimate News about his findings and the lessons learned for the United States and other countries. The interview has been edited for length and clarity.

InsideClimate News: What surprised you the most about Denmark’s energy transition?

Justine Gerdes: I knew Denmark was a leader in climate policy and clean energy, but spending time in Denmark and hearing what political and business leaders were saying really opened my eyes to just how different the atmosphere is in Denmark. Across the political spectrum, leaders believe in climate action. It’s just a question of how fast do you go and how much do you spend.

ICN: What lessons are there in the Danish model for the U.S. and the rest of the world?

Gerdes: You can’t just pick Denmark’s example up completely and replicate it elsewhere. Some of it is dependent on geography, and some of it is dependent on their unique political culture, but there is no reason why countries elsewhere in the world can’t replicate pieces of that story. Denmark, for example, is great about supporting local, renewable energy ownership. They have a program that makes it very attractive for individual investors to buy shares in local wind farms. Not only is it a way to give people a stake in clean energy, it’s also a great way to avoid the conflicts that sometimes arise when projects are proposed near where people live.

ICN: You are referring to the “Buy Legal System,” which requires that 20 percent of the ownership of new wind farms go to local landowners? Tell me more about it.

Gerdes: It started in November 2011, not just as a way to avoid conflicts when projects were proposed, but also to help the country reach its really ambitious energy targets. I know several people who own shares in wind farms, and they always tell me it just gives you a different perspective on these projects. If you own shares in a project, when you look over at that turbine, with each turn of the blades, that’s cash to you. It’s a nice way to reframe what clean energy means to people.

ICN: What’s happened since then?

Gerdes: A March 2012 energy agreement put in place a couple of really ambitious targets. Denmark would use wind turbines to generate 50 percent of its electricity by 2020 and be fossil fuel-free by 2050. As of the end of 2015, Denmark was already at 42 percent wind powered [up from 22 percent in 2010]. Most experts you talk to in Denmark think they will easily hit, if not exceed, that target.

ICN: In Germany, a 2000 federal law let citizens produce their own clean power and compete with utilities. How does Denmark’s energy plan compare with Germany’s transition to renewables?

Gerdes: There are a lot of similarities, both counties have really made a point of focusing on local ownership of energy. In Germany, most of the [renewable energy] projects, most of the rooftop panels, most of the small turbines, most of the small biogas and biomass facilities are owned by farmers or homeowners or cooperatives. It’s a very similar story to how it is in Denmark. Obviously, Germany is a much bigger economy, the scale is different, but they are focusing on many of the same objectives, particularly offshore wind. In the last couple of years, in particular, Germany has had some really large offshore projects come online.

ICN: What sparked Denmark’s transition away from fossil fuels?

Gerdes: Denmark was really shaken by the oil shocks of the 1970s. At the time of the Arab oil embargo in 1973, Denmark was 94 percent reliant on imported oil for its total energy consumption. They had to take some extraordinary measures, things like car-free Sundays and reduced street lighting, to try to get through the period. In the U.S., we also had to make adjustments in response to the embargo, but then we had new political leaders come into office, and focus shifted elsewhere. In Denmark, they never let up. It’s been a decades-long process now, where initially they focused on the security of their energy supply. They went first from oil to coal and then later, beginning in mid-1970s and early 1980s, they began the really heavy shift into energy efficiency and renewable energy.

ICN: What is the fundamental difference today between Denmark and the U.S. on clean energy?

Gerdes: In Denmark they have really clear targets at the national level going out to 2050. We don’t really have that guidance, at least in national targets. We have many disparate, state level policies with varying timelines. We don’t have the really clear consistent policy guidance for investors and entrepreneurs in the same way that Denmark does.

ICN: What are some of the intangibles that have become important to Denmark’s energy transition that may not translate to the U.S.?

JG: Danes are much more trusting of government than Americans are. They are much more accepting of high taxes.  If you look at the average residential bill for a customer in Denmark, not only do they pay the highest electricity rates in all of the EU, something like half of that bill is composed of taxes. It may be hard, at least in the near term, to replicate that in the U.S., a pricing regime that really bites and really drives adoption of low-carbon technologies. It would also be hard to replicate the political nature of Denmark.

Gerdes: Denmark has a parliamentary system; it is nearly impossible for one party to be in power.  They are basically forced to have these complicated coalitions in government. Denmark’s politics are inherently consensus based. Our checks and balances system in the U.S. gives quite a lot of power to Congress to block a president’s agenda. I think its going to take a long time to reach the place where Denmark has already found itself and that is with cross-political spectrum support for really aggressive climate action.

ICN: You write in your epilogue that when looking at all countries and their carbon emissions, “every angel has a past, every sinner has a future.” Do you think the U.S. could eventually follow a similar path on energy as Denmark?

Gerdes: I do. I don’t think that we are going to have a time indefinitely where we have one of the major parties denying climate change and blocking climate action.  Denmark has a lot of really great technologies and best practices that can and should be deployed in the U.S. One of my favorites is a solar district heating plant in Dronninglund. Solar thermal heat is being used to send hot water or steam to individual businesses and residences. There is no reason why this system couldn’t be deployed in remote villages in Alaska. If you look at maps of how much sunlight hits the earth, Denmark gets as much sun as Alaska. 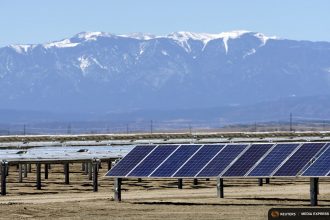 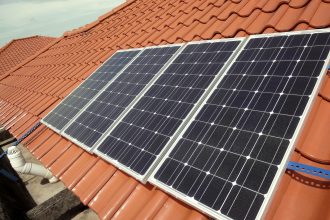