A former Environmental Protection Agency adviser will not be investigated for scientific fraud, the EPA’s Inspector General recently decided. The office was responding to environmental advocates who had charged that David Allen’s work had underreported methane emissions from the oil and gas industry.

The North Carolina advocacy group NC Warn had filed a 65-page petition with the Inspector General calling for an investigation into a pair of recent, high-profile studies on greenhouse gas emissions from oil and gas production. The group alleged that Allen, the studies’ lead author, brushed aside concerns that the equipment he used underestimated the volume of methane emitted. It argued his conduct rose to the level of fraud.

Methane is a greenhouse gas much more potent than carbon dioxide in the short term. Knowing exactly how much of the gas escapes from the oil and gas wells, pipelines and other infrastructure is a key part of ongoing efforts to rein in greenhouse gas emissions. Following NC Warn’s complaint, 130 organizations called on the EPA’s Inspector General to expedite an investigation into the allegations.

“This office declined to open an investigation. Moreover, this [case] is being closed,” the Inspector General’s office wrote in a July 20 letter to NC Warn.

The EPA letter did not provide information on how the agency came to its decision not to open an investigation.

Allen, a former chairman of the EPA’s outside science advisory board and a University of Texas engineering professor, declined to comment on NC Warn’s allegations or the EPA’s response. He noted, however, a National Academy study now being developed that seeks to improve measurements and monitoring of methane emissions.

“We expect the National Academies of Sciences, Engineering, and Medicine study to be a fair and thorough treatment of the issue, and we look forward to the report,” Allen said.

NC Warn is “extremely dissatisfied” with the Inspector General’s dismissal of the allegations, Jim Warren, the group’s executive director, wrote to EPA Inspector General Arthur Elkins Jr., on Aug. 4. “We ask you to intervene to reconsider your agency’s action and to personally lead the expedited investigation in this extremely important scandal.”

Warren said in his letter that NC Warn provided documentation to the Inspector General in June backing up its charges. Those documents, Warren argued, showed that at least 10 individuals, including two members of the EPA’s science advisory board and one EPA staff member, knew that equipment used by Allen was flawed and underreporting methane emissions prior to publication of the two studies.

“We are currently drafting a response to Mr. Warren,“ Jeffrey Lagda, a spokesman for the EPA’s Inspector General, said in a statement. 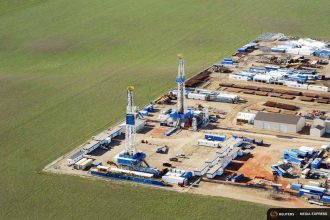