China has announced a billion dollars in emergency water aid to ease its most severe drought in 60 years, as the United Nations warned of a threat to the harvest of the world’s biggest wheat producer.

Beijing has also promised to use its grain reserves to reduce the pressure on global food prices, which have surged in the past year to record highs due to the floods in Australia and a protracted dry spell in Russia.

The desperate measures were evident at Baita reservoir in Shandong — one of several key agricultural provinces afflicted by four months without rain. With nearby crops turning yellow, a mechanical digger cut a crude, open-cast well into the dried-up bed of the reservoir. Muddy water from the 16-foot-deep pit was pumped up to the surface via a hose that snaked past a fishing boat stranded on the cracked earth.

As the water spluttered on to his wheat field, farmer Liu Baojin expressed concern the support may have come too late. Despite the emergency well digging and partial compensation from the government, he fears he may have to seek work in the city if his harvest fails.

“I guess a third of my crops have already died,” he said. “I’m very worried. I’ve never seen such a dry spell.”

The problems are compounded by the growing water demands of cities and industry. On the outskirts of Sishui — which translates as Four Waters due to its historic abundance of rivers and sprints — villagers complain that they are not allowed to use the Si river that runs past their homes because the water is earmarked for the Huajin paper mill and an artificial lake in a nearby urban development.

“We can’t use our own water. The local officials want to keep it so they can show a ‘green face’ to the big-shot leaders from Beijing,” said a peanut and cotton farmer who gave the surname Liu. “We are very angry. But we are afraid to complain.”

Local newspapers have been filled with stories of the drought’s impact on the “wheat basket” provinces of Henan, Anhui and Hunan. About 2.6 million people and 2.8 million livestock are affected. To induce precipitation, the army and meteorological officials have fired cloud-seeding chemicals into the sky.

A light overnight fall of snow raised hopes that the drought may be about to break, but the Shandong Climate Centre said it stopped at 0.4 centimeters — only enough to dust the fields.

“It’s too little to make any difference,” said Kong Dekun, who farms land near the mythical birthplace of Confucius in Fuzidong. “We should have had at least two big snowfalls by now.”

The UN’s Food and Agriculture Organization issued an alert on February 8. “The ongoing drought is potentially a very serious problem,” it said, noting that the affected area of 12.75 million acres represented two-thirds of China’s wheat production.

This has added to upward pressure on global wheat prices, which surged 76 percent last year due to a combination of speculation, rising demand and climatic impacts on production in Canada, Australia, Europe and Russia.

China bucked the trend with a record harvest in 2010, but the lack of rain — even by the standards of the dry season — has prompted concerns and price speculation that have pushed domestic wheat prices to record highs.

“This drought is unusual,” said Kisan Gunjal, food emergency officer at the UN Food and Agriculture Organization. “There is not such a great problem now as the crop is dormant, but we must keep in mind that if it remains dry or if temperatures in February go below the frost kill level – then this could be a significant event.”

Rising food prices are said to have contributed to the unrest in Egypt and Tunisia. The Chinese government is trying to head off a destabilizing level of stress over water, which is arguably the country’s biggest environmental problem.

Last month, it announced a doubling of spending on water conservation to 4 trillion yuan ($606.82 billion) over the next ten years, along with a first annual cap on water at 670 billion cubic meters. Huge sums are also being spent on water diversion projects, well digging and desalination plants. 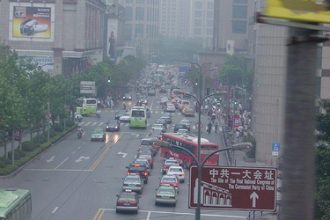 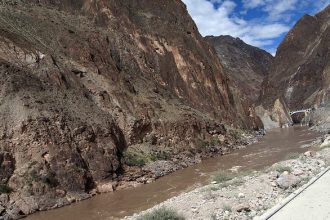 In China, 13 Giant Dams to Rise in World Heritage Site 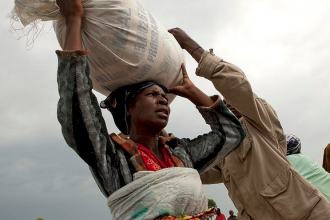