A proposal for the first oil and gas drilling in federal offshore waters of the Arctic took a step forward Thursday as regulators released a draft environmental impact statement, which reflects concerns about the effects of the project on marine life and local communities.

The so-called Liberty project, proposed by Houston-based Hilcorp, would have the company build a 24-acre gravel island in about 19 feet of water, from which they would drill up to 16 wells. Once it’s up and running, the federal Bureau of Oceans and Energy Management (BOEM) expects the project to produce 58,000 barrels a day.

The release of the environmental assessment incorporates months of public comments about the project, including fears that it could negatively impact marine mammals and the communities that rely on them. It kicks off the next phase of the regulatory process, brings the company one step closer to realizing a project that has been in the works for decades.

An InsideClimate News investigation published last week revealed that privately owned Hilcorp has a troubling track record in Alaska, with dozens of environmental and safety violations since the company began work in the state in 2012. Those violations gained a national profile earlier this year after the company said it was unable to stop a months-long natural gas leak in Alaska’s Cook Inlet as long as there was ice on the water.

“Given Hilcorp’s history of two recent major pipeline leaks in Alaska’s Cook Inlet, an oil spill in Louisiana, and a number of significant fines for violating state drilling requirements, there are many reasons to doubt the company’s ability to safely mobilize and operate in the challenging conditions of the Arctic Ocean,” said Lois Epstein, the Arctic program director for The Wilderness Society.

The Liberty project represents a departure from Hilcorp’s past work in Alaska in two key ways:

The 1,234-page draft environmental impact statement assesses the various impacts that the Liberty project could have, including climate change and environmental justice issues. The analysis did not suggest that the company could expect an easy green light.

“The federal submerged lands of the Beaufort Sea are known to have great oil and gas potential,” said BOEM Acting Director Walter Cruikshank. “They also contain sensitive marine and coastal resources that Alaska Native communities depend on for subsistence. During this comment period we look forward to discussing this draft EIS with the Beaufort Sea coastal communities and getting meaningful feedback on ways it can be refined and enhanced.”

Among the potential impacts it cites:

If a very large oil spill were to occur, of course, these impacts would change significantly.

Hilcorp has said—and BOEM has confirmed independently—that a significant spill from the Liberty project could result in as much as 4.3 million barrels of oil released. That’s roughly the same amount as was spilled during the Deepwater Horizon disaster, but in harsh, icy conditions that would make the emergency response and cleanup much harder. “In the unlikely event that a [very large oil spill] were to occur in the Beaufort Sea, the potential for significant effects on all resource categories would be high,” BOEM wrote in its assessment.

The Liberty project was initially planned by BP, which spent nearly 20 years trying to develop it before selling 50 percent of its stake—and 100 percent of the operating responsibility—to Hilcorp in 2014.

The Liberty project is being weighed at a time when the Trump administration is trying to open up more of the Arctic, including the nearby Arctic National Wildlife Refuge, to oil development. Earlier this year, President Donald Trump also directed the Interior Department to revisit several safety regulations that had been put into place in the wake of the Deepwater Horizon disaster in the Gulf of Mexico.

Trump has also directed the Interior Department to revise the five-year leasing program on the Outer Continental Shelf, which President Obama had withdrawn from oil and gas leasing. Thursday was the final day for public comment on the new leasing plan, and it brought arguments from both sides of the aisle.

“We strongly oppose any effort to reopen this program to expand leases in these areas over the opposition of the impacted communities and the scientific consensus,” a group of 30 Democratic senators, led by Oregon’s Jeff Merkley, wrote to Interior Secretary Ryan Zinke. Meanwhile, more than 100 House Republicans urged the opposite, telling Zinke they support expansion of offshore drilling. “There is demonstrated interest in the leasing and development of previously excluded areas and we must consider these areas for development to optimize our nation’s resource potential,” they wrote.

Because the Liberty project was leased before a drilling moratorium took place, the project is not impacted by the leasing plan.

“Arctic offshore drilling can’t be done safely. The icy, stormy waters make Arctic drilling inherently hazardous, and Hilcorp has a history of spills and regulatory violations,” said Kristen Monsell, an attorney with the Center for Biological Diversity. “Polar bears, bowhead whales and other imperiled Arctic species will be in terrible danger if the Trump administration allows this reckless project to move forward.”

A message was left with a Hilcorp spokeswoman after the statement’s release seeking comment. 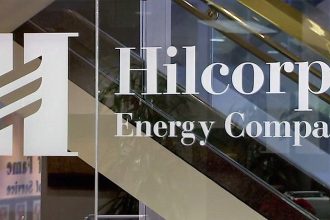