Fossil fuel companies’ messaging on climate change has revolved around some common refrains: Energy demand must grow to alleviate global poverty, so fossil fuels are critical to economic growth. Technological innovation is key to limiting emissions, and consumers can do their part by using energy efficiently.

New research shows that these arguments were carefully cultivated over the course of decades by ExxonMobil, which beginning in the early 2000s shifted away from outright obfuscation of climate science and turned instead to more nuanced language that nevertheless, the research argues, still served to muddy public debate.

In an article published Thursday in the journal One Earth, Geoffrey Supran and Naomi Oreskes, who are, respectively, a research fellow and professor of the history of science at Harvard University, wrote that Exxon’s change in rhetoric drew on tactics deployed by the tobacco industry to use “the subtle micro-politics of language to downplay its role in the climate crisis and to continue to undermine climate litigation, regulation, and activism.”

By using key words and terms, they found, Exxon’s public messaging tried to shift responsibility for climate change away from the company and onto consumers, minimize the seriousness of climate change and try to establish as inevitable fossil fuels’ dominance in the energy mix.

While it may come as no surprise that Exxon and other fossil fuel companies have framed climate change in these terms—the words are all over their advertisements and public presentations—Supran said the research provided the first quantitative assessment of how systematic the oil giant’s framing of the issues has been.

“Actually demonstrating a quantifiable discrepancy is powerful,” he said. “Because the company often accuses its critics of cherry-picking arguments, cherry-picking data. And our approach with all of this work is to look at the whole cherry tree. And when you do, the trends you observe are profound and systematic.”

Exxon spokesman Casey Norton said, “This research is clearly part of a litigation strategy against ExxonMobil and other energy companies.”

He said that Oreskes had financial ties to Sher Edling, a law firm behind several lawsuits filed by cities and states against Exxon and other energy companies, and that she “did not disclose this blatant conflict of interest.”

Norton also noted that the researchers received funding from the Rockefeller Family Fund, which he said “is helping finance climate change litigation against energy companies.”

Norton added that Exxon supports the Paris Agreement and is working to reduce its own emissions, and he pointed to a new low-carbon business that it launched this year.

In a statement, Oreskes and Supran said they “have both served as experts in a number of capacities to groups and organizations involved in fighting climate change, including a number of attorneys working in various capacities,” and have helped write amicus briefs in several cases, but that all that work was provided pro bono. “These efforts present no conflict of interest,” they said, “they are a logical application of our knowledge and expertise.”

The researchers said Oreskes did consult for Sher Edling in 2017 by reviewing materials in a brief for historical accuracy. She billed the firm for 3.5 hours of work, they said, and has had no further work for the firm since then.

The Rockefeller Family Fund has provided funding to EarthRights International and the Niskanen Center, according to state filings, two nonprofits that are representing two Colorado counties and the City of Boulder in a lawsuit against Exxon and another oil company. It has also funded the Center for Climate Integrity, a nonprofit that supports the lawsuits.

Lee Wasserman, director of the Rockefeller Family Fund, said, “I am proud that RFF is supporting nonprofit organizations who are attempting to hold oil companies accountable.”

Supran and Oreskes have spent years studying the words of ExxonMobil and its predecessors—Exxon and Mobil merged in 1999—drawing in part on internal documents published by Inside Climate News and other organizations.

In 2017, Supran and Oreskes published peer-reviewed research confirming that the company had misled the public about climate change compared to what it knew internally. Exxon disputed the work, and has tried to discredit the researchers, including by publishing a comment last year in Environmental Research Letters, the journal that published the 2017 study.

Justin Farrell, an associate professor of sociology at the Yale School of the Environment, called the new study “an excellent contribution to a growing body of text-based research on the tactics and frames used by the fossil-fuel industry to shirk corporate responsibility, gaslight the public, and undermine regulation.”

Supran said there is nothing unique about the way Exxon has framed its messaging about climate change. It was BP, for example, that popularized the term “carbon footprint” in the mid-2000s, shifting responsibility for emissions from corporations to the consumer. But the researchers have not been able to obtain the same set of documents from other companies that would allow them to compare public statements with internal discussions.

In the new work, Supran said they shifted their focus from Exxon’s earlier climate denial to what he called its “discourse of climate delay.” The paper largely draws on the same documents as their earlier work.

By using algorithms to analyze language contained in public and internal documents dating from 1972 through 2014, the researchers identified words and terms that the company used repeatedly to discuss climate change. While internal documents and peer-reviewed research funded by the company dealt directly with the science, using terms like “global temperature increase,” “models” and “melting” of polar ice caps, the public-facing documents instead repeated terms including “challenge,” “energy efficiency,” “consumers,” “conservation” and, above all, “risks.”

In 2009, for example, the company wrote an editorial-style advertisement in The New York Times about the “dual challenge”—a term it still uses today—of meeting growing energy demand while protecting the environment. This framing pitted the immediate and concrete needs of generating electricity and producing fuels against the uncertain and more far-off “risks” posed by climate change. Real economic benefits of energy use were also presented in contrast to these “risks,” the study said.

Fossil fuel executives regularly hold up the shield of “consumer demand” to deflect charges that they must shift away from oil and gas. But this we’re-only-doing-our-job-framing, the study said,  ignores the role companies have played in perpetuating and increasing demand for their products and stifling the growth of competitors like electric vehicles and renewable energy, through marketing, lobbying and prodigious campaign contributions to supportive politicians.

David Michaels, a professor at the Milken Institute School of Public Health at George Washington University and the author of the book “The Triumph of Doubt: Dark Money and the Science of Deception,” said the results of the new study “are not surprising but are still very useful, demonstrating that ExxonMobil’s public communications on climate change followed the model of big tobacco’s denial playbook.”

Supran said Exxon’s use of “risk,” in particular, mirrored a similar shift in rhetoric deployed by the tobacco industry in the 1990s, when companies faced lawsuits and began speaking about the “risks” associated with smoking, a framing that Supran and Oreskes said allowed for a “legal having-it-both-ways.” It provided just enough acknowledgment of the science to evade accusations of denial, without outright admitting that the industry had marketed deadly products.

This squishy defense ultimately failed, at least in the legal arena, when tobacco companies entered into a multi-billion dollar settlement with dozens of states. That is a fate Exxon and other oil companies want to avoid, now that they are facing their own wave of litigation.

In April, New York City filed a lawsuit against Exxon, Royal Dutch Shell, BP and the American Petroleum Institute, accusing them of false advertising and deceptive trade practices in their messaging about climate change. It was the second attempt by the city to sue the industry and one of more than a dozen lawsuits filed by cities, counties and states accusing fossil fuel companies of fraudulently misleading the public about climate change and seeking damages and compensation.

The new study said industry lawyers have used in their defense some of the same framing that the researchers identified Exxon deploying. Supran said he hopes their research can serve as evidence in those cases, to help establish Exxon’s deceptive practices.

Exxon is following in the tradition of many other corporate actors with damaging products, Supran said, including plastics producers, gun makers and the manufacturers of sugary drinks, who have, in the words of a former Mobil public affairs officer, used “semantic infiltration” to shape public narratives and political outcomes. 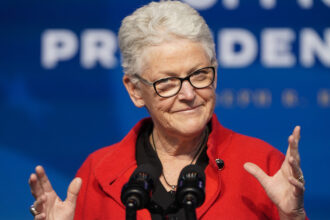 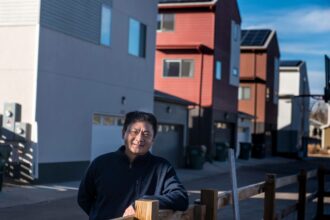