Oklahoma Attorney General Scott Pruitt, a close ally of the fossil fuel industry who has filed more than a dozen lawsuits challenging Environmental Protection Agency rules and authority, was confirmed on Friday to lead that agency.

Senators voted nearly along party lines, 52-46, brushing off attempts by Democrats to delay confirmation until thousands of his emails are released.

Pruitt’s confirmation followed a bitter fight in which Democrats raised concerns over Pruitt’s ties to an industry he would be regulating and his dismissal of mainstream climate change science.

The Democrats held the Senate floor all night Thursday, hammering a message that if confirmed, Pruitt could gut the agency’s staff and set back progress on environmental protection. Sen. Jeff Merkley (D-Ore.), who managed the debate for the Democrats, moved repeatedly for a delay in the vote until next week, when more than 2,000 of Pruitt’s email correspondence with the fossil fuel industry are to be released by the order of an Oklahoma judge. Each time, Senate Majority Leader Mitch McConnell (R-Ky.) objected.

“Government agencies like the EPA need their leadership in place, and they need it in place now,” said Sen. John Barrasso (R-Wyo.), chairman of the Senate Environmental and Public Works Committee, decrying the Democrats’ use of what he called “one delay tactic after another.”

Sen. Thomas Carper (D-Del.), ranking member of the environment committee, said the judge’s ruling “has given us the opportunity to gain wisdom” on Pruitt. “Hit the pause button, let’s get the information next week, and make our decision then,” he said.

Ultimately, a final vote to extend debate on Pruitt failed, and the round-the-clock vigil on the Senate floor—the third all-nighter against one of President Donald Trump‘s cabinet nominees—petered out.

Pruitt was expected to report right away to EPA headquarters, where many of the staff have spent months concerned about deep budget cuts, regulatory rollbacks and science suppression. On the campaign trail, Trump blasted EPA as a “disgrace” whose regulations under the Obama administration were to blame for job losses.

The EPA, with a budget of $8 billion, makes up two-tenths of 1 percent of the $3.2 trillion federal budget, but its mission to curb water and air pollution, including carbon dioxide emissions, has put the agency in conflict with some of the nation’s biggest and most politically powerful industries.

Opponents fear that Pruitt, who sued the EPA at least 14 times in his six years as attorney general, is just as determined as Trump to carry out a radical retrenchment of the agency.

“This is the wolf into the lamb’s fold,” said Sen. Sheldon Whitehouse (D-R.I.) at a news conference of Democrats who led the all-nighter. At 4:30 a.m. on Friday, noting Pruitt’s downplaying of the urgency of climate change, Whitehouse used an aquarium bubbler and litmus paper to perform a rudimentary demonstration of the science of ocean acidification on the floor of the Senate.

Pruitt’s supporters say that he will work to protect the environment by giving a larger role back to the states. “Over the past eight years, the political leaders of the EPA…have pushed broad and sweeping regulations that have hurt our economy and have failed to protect our environment,” Barrasso said during the debate. He singled out the Obama administration’s signature climate initiative, the Clean Power Plan, which regulates the emissions of electric utilities, as an example of what Pruitt would seek to undo.

“Change is badly needed at the Environmental Protection Agency, and Scott Pruitt will be that change,” Barrasso said.

While maintaining that the EPA has an “important role” in protecting water, air and land, Pruitt has made clear he believes the agency has overstepped the authority Congress gave it, especially in its efforts to control greenhouse gases.

But Pruitt has never supported any program to achieve what mainstream scientists say is needed to head off the worst risks of global warming: steep, rapid reductions in carbon dioxide emissions from energy (eventually to zero).

During his confirmation process, he said he did not think climate change was a hoax, as Trump has claimed. But he downplayed the established consensus that it is man-made and demands urgent action.

“The climate is changing and human activity impacts our changing climate in some manner,” he said. “The ability to measure with precision the degree and extent of that impact, and what to do about it, are subject to continuing debate and dialogue.”

Pruitt’s opponents say he has repeatedly given more weight to the industry’s agenda than to public health and welfare. He has gone to court to challenge the EPA’s rules to curb mercury pollution, cross-border air emissions and water pollution. He sued to overturn the Clean Power Plan, as well as the EPA’s endangerment finding, which underpins all of the agency’s rulemaking on greenhouse gases. He led a nonprofit group, the Rule of Law Defense Fund, funded in part by Charles and David Koch, the petrochemical billionaire brothers who have fought environmental regulations and clean energy.

A 2014 Pulitzer-prize winning series in the New York Times documented how Pruitt, having accepted campaign donations from the industry, sent a three-page letter to the EPA protesting new methane rules, without disclosing that lawyers for Devon Energy had written it for him. He received $352,946 in direct contributions from members of the energy and natural resources sector since 2001, according to a MapLight analysis of data from the National Institute of Money in State Politics.

On the eve of Pruitt’s confirmation vote, an Oklahoma judge ordered him to turn over more than 2,000 emails by Tuesday—correspondence with fossil fuel companies and the groups they fund—citing his “abject failure” to comply with open records laws. The documents had been sought for two years by the nonprofit watchdog Center for Media and Democracy. A half-dozen Democratic senators submitted a letter to the court in support of the records release, saying it “may be the only means by which the Senate and the general public can obtain in a timely manner critical information about Mr. Pruitt’s ability to lead the EPA.”

Barrasso, who led Pruitt’s confirmation process, said Pruitt was “the most thoroughly vetted nominee” for EPA ever. He was asked more than 200 questions at the hearing, and responded to another 1,078 written questions for the record. “His answers were thoughtful, and they were thorough,” Barrasso said.

Democrats complained his responses were inadequate. Pruitt did not, for instance, provide information they sought on the funders behind the Republican Attorneys General Association, the Rule of Law Defense Fund or other organizations he’s been involved with.

With eight of his lawsuits against the EPA still underway, Pruitt has declined to commit to recusing himself from those cases. “The EPA ethics counsel has indicated, with respect to particular matters and specific parties, there will be an opportunity to get counsel from the EPA at that point, to determine what steps could be taken to avoid appearances of impropriety,” he said during his hearing.

Nearly 800 former EPA staffers, including scientists, engineers and attorneys, signed a letter to the Senate protesting the Pruitt appointment. His record “raises serious questions about whose interests he has served to date and whether he agrees with the longstanding tenets of U.S. environmental law,” said the letter, organized by the nonprofit Environmental Integrity Project, an advocacy group started by a former EPA attorney. Some retired EPA employees are also organizing protests and other activities in rare vocal opposition to the new administration and its EPA pick.

A small number of current EPA staffers, who are accustomed to changes in political leadership, also took the unusual step of speaking out against Pruitt’s confirmation. In Chicago, around 30 employees of the EPA’s regional office joined a protest organized by the Sierra Club environmental group and the American Federation of Government Employees to protest the now EPA administrator. 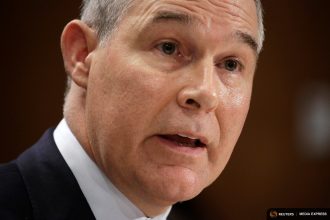 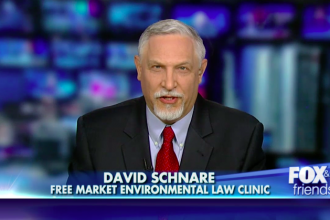